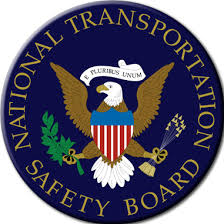 Do You Have Information about Shoddy Steel Being Used in Automobiles or Government Highway and Construction Projects? You May Be Entitled to a Cash Whistleblower Reward!

We have accepted cases involving foreign steel used in bridges, a government hospital, an airport, even the expansion of the street car system in New Orleans. What do all these foreign steel cases have in common? The use of foreign steel is illegal in most government funded contracts. It is also often dangerous.

All of these situations can give rise whistleblower awards.

Why Country of Origin Matters with Steel

When a vendor or contractor illegally substitutes American made steel with foreign made products, it’s motivation is greed. Foreign steel costs less. Think about, is a company going to purchase more expensive steel than required by law or contract? Of course not.

We aren’t suggesting that all foreign steel is of poor quality. But a company already breaking the law with mislabeled steel is surely going to try to save as much money as possible. And that almost always means using poor quality substitutes.

To the naked eye, all steel may look alike. Subtle differences in raw materials, impurities and the tempering (heat treatment) has a huge impact on tensile strength and quality.

Commercial steel sold in the United States comes with a certification of where the steel was produced or “rolled.” That certification contains important quality data. Engineers rely on this date when designing bridges, buildings, cars and other equipment.

When a company swaps foreign made steel for American steel, the certificates no longer describe the product being used. Companies pull off these schemes by substituting certificates from US steel for the cheaper, foreign goods. And very often, they get away with it.

When the government is the purchaser, U.S. Buy America and Buy American laws apply. (We have an entire foreign steel whistleblower reward page on our website.)

In this post, we discuss an auto manufacturer and its steel supplier caught using subpar steel. The story outlines the safety concerns when using cheaper metal in cars. Whether the consumer is a car buyer or the United States of America, when we pay for something of a particular quality, that is what we should get.

A group of Toyota owners filed a class action after finding steel, aluminum and copper used in the manufacture of their cars was “subpar.”

Our heroes in this story are Alejandro Nava and Shantnu Malhotra. They filed a lawsuit claiming that Toyota sold cars with defective metals manufactured by Kobe Steel Ltd. (Some may know of Kobe Steel as Kobelco.) Like Toyota, the company is also headquartered in Japan.

The lawsuit says that Kobe rewrote quality assurance documents to suggest that metals supplied to Toyota for use in Toyota automobiles met safety standards when they did not.

Both Toyota nor Kobe are fighting back against the allegations (and apparently with each other).

Toyota says that after learning of the allegations of subpar metals, they conducted their own investigation and found that the metals still met their safety guidelines. As we understand their argument Toyota says, “We may have been duped into using thinner or weaker steel by Kobe but their products still meet our standards.”

Kobe takes a different approach. They claim that only Toyota has standing to bring the lawsuit as they are Kobe’s customers. The vehicle owners are customers of Toyota and not Kobe.

If both Kobe and Toyota are successful, Toyota vehicle owners will be stuck with cars presumably made with shoddy steel. Both sides admit problems, but no one wants to take responsibility. (A familiar refrain in many lawsuits unfortunately.)

In October 2017, Kobe Steel, Ltd (“Kobe”), a Japanese steel manufacturer, began self-disclosing misconduct in its Aluminum & Copper Business in Japan. In particular, through self-inspections and emergency quality audits, Kobe discovered that certain products did not comply with its customers’ specifications and that certain inspection data had been improperly rewritten. Recognizing the “seriousness of the situation,” Kobe initiated further investigations and acknowledged the “overwhelming shame to the Company” brought on by the incidents. Kobe’s candid public announcements received a spate of media attention, and Kobe is the subject of ongoing criminal investigations by Japanese and United States authorities. Kobe ‘sincerely apologize[d] for the enormous worry and trouble this incident has caused to its customers and other related parties.’

Simply fudging test results doesn’t mean the vehicles using the questionable metal products are defective. If Toyota is correct, they certainly have a defense. In too many cases, however, we see the big corporate defendants simply lie to protect themselves from lawsuits. And Toyota is no stranger to massive class action lawsuits.

In September Toyota agreed to pay $278.5 million to settle claims that the company continued to use defective (and dangerous) Takata airbags even after learning of the dangers. (Injured by a defective Takata airbag? We can help.)

And who can forget the $1.5 billion Toyota paid to settle sudden acceleration claims.

Where is the truth? We don’t know. We do know, however, that shoddy steel can kill.

Since 2000, two bridges in China collapsed causing multiple fatalities. Defective steel is thought to be the culprit. But can that happen here?

In 2010, the California Department of Transportation (CalTrans) decided to outsource the steel used in the new San Francisco Bay Bridge to China. That was legal because the state elected to forego federal funds. The agency thought the savings would be greater than the lost federal highway moneys. Guess what?

A San Jose Mercury News story revealed that a CalTrans study found the steel holding up the bridge didn’t meet specs. They said it was “was weaker than Caltrans required.” The company that won the bid to supply the steel, Zhenhua Port Machinery Co of Shanghai was labeled as a high risk bidder in part because they had never built a bridge before.

The cost savings? The $1.5 billion bridge ultimately cost over $6 billion!

No one died from defective steel on the Bay Bridge but we continue to investigate the collapse of the Florida International Bridge in Miami. There several unsuspecting folks did perish. Was that collapse the fault of poor design or poor quality concrete / steel? The National Transportation Safety Board hasn’t ruled yet.

The strength of the steel used to build cars is crucial in a collision. The car’s frame or a door made from shoddy metal may crumple if hit by another driver. The difference could be bumps and bruises instead of death. (If you are severely injured in a car wreck and the injuries seem disproportionate with the severity of the accident, contact us immediately and don’t dispose of the evidence (the car). There are many great personal injury lawyers out there. But very few have the skills to bring a complex products liability case. These cases often require over $100,000 in out-of-pocket costs to bring. Few lawyers are willing to commit such resources. If you think the injuries were the fault of a defective auto part, call us.)

There are two programs that may pay whistleblower rewards for inside information about foreign made or shoddy steel.

For government contract cases, the federal False Claims Act pays whistleblower rewards based on information about fraud involving government programs. If a vendor, contractor or sub is illegally substituting American made steel with cheaper foreign made materials, there is probably a False Claims Act violation.

With triple damages and huge fines (up to $20,000 per phony invoice or certification) the rewards add up quickly.

The Act also has tough anti-retaliation provisions that can even pay your legal fees.

Much of this post discussed violations of the Buy American laws (foreign versus US steel) but rewards are available anytime a vendor supplies shoddy steel no matter where it was made. And it isn’t just limited to steel. We are beginning to see cases where contractors are charging the government for high quality cement but substituting more inferior grades.

A very recent law allows whistleblowers with inside information about defective automobiles or auto parts to also claim a reward. The defect has to relate to a safety issue. For example, two whistleblowers who reported that car makers were knowingly using defective Takata airbags were given a large cash reward.

If you have information about Buy America, Buy American or mislabeled Made in America goods, you may be eligible for a reward. To learn more, visit our Buy American whistleblower reward page.

Ready to see if you qualify for a reward? Contact us on line, by email or by phone at 202-800-0791. All inquiries are protected by the attorney – client privilege and are kept confidential.*

*Mahany Law accepts cases across the United States. There is no fee for our services unless we first recover money for you.