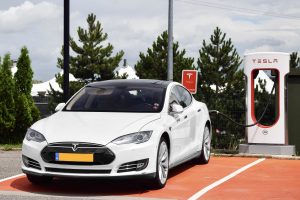 The traditional automakers we have often reported on are not the only ones involved in scandals and multi-million dollar lawsuits. Even Tesla, a company whose reputation is built around the concept of safe and environmentally-friendly transportation, is now receiving unwanted media attention.

The event that just put the company in the spotlight was the crash and subsequent electrical fire that killed two 18-year-olds in Florida last Tuesday, while they cruised around in a Tesla S. Both Barrett Riley, who was the vehicle’s driver, and Edgar Monserratt Martinez died on the spot. Shortly after, photos of Riley and Martinez beaming hopeful smiles flooded local media. Now, a grieving community has been left with one question, ‘what went wrong?’

These days, we read about dramatic, and often fatal, crashes involving self-driven cars about once or twice a week in America. And Tesla, the company that prides itself on making the ‘safest cars on the planet’ is now facing some harsh questions.

Tesla model S and X cars have caught fire in Mexico, Washington, Austria, Indianapolis, California, and beyond. In Indianapolis last February, a Tesla Model S immediately exploded upon impact, killing a young woman and her boss. The first responders at the scene recalled seeing batteries popping out of the vehicle and exploding.

In Austria last October, it took over 35 firefighters to put out the fire that started after a model S crashed against a concrete wall. Yes, you read that right, 35 firefighters, and it took a while. The media referred to the incident as an, “electric car inferno.”

In fact, Tesla itself has acknowledged that electric car fires can take 24 hours to put out! The Austrian firefighters had to wear special breathing equipment to get the job done. Imagine if two Teslas collided and they both caught on fire? How is that for an glimpse of inferno?

Tesla claims that its “battery packs are designed so that in the rare circumstance a fire occurs, it spreads slowly so that occupants have plenty of time to get out of the car.” But that’s not at all what happened in the Fort Lauderdale crash.

Only a few days before the fatal crash in Fort Lauderdale, Tesla’s billionaire CEO, Elon Musk, argued, during an earnings call, that when an accident involves a car in autonomous mode, “it’s headline news, and the media fails to mention that actually they shouldn’t really be writing the story, they should be writing the story about how autonomous cars are really safe. But that’s not the story that people want to click on.”

“So, if the press is hounding the regulators, and the public is laboring on misapprehension that autonomy is less safe because of misleading press, then this is where I find the challenge of predicting it to be very difficult,” Musk said, with a bit of a holier-than-thou attitude if you ask me.

According to Florida attorney and consumer safety author John Uustal, who has written about autonomous car crashes,“Self-driving vehicle accident cases must weigh the responsibility of the drivers and pedestrians, the operator, the vehicle manufacturer, and sensor software and hardware manufacturers.”

The National Transportation Safety Board is currently investigating the crash that took the lives of the two Florida teenagers when their Tesla S caught fire after hitting a wall. There were actually three occupants inside the vehicle. A third teenager was ejected during the accident and required hospitalization. While early reports indicate that the car may have been speeding, investigators said they would focus on the causes of the fire.

The lithium-ion batteries used in Tesla cars (also featured in devices like portable computers and smartphones) cause a chain reaction when they burn, reaching much higher temperatures than standard gas-powered car batteries. (Remember those exploding Samsung phones? The batteries were also responsible in that case)

Moreover, in spite of Tesla’s advertising of anti-overheating technology, people on Tesla’s user forums have complained about unusually high temperatures inside the cars, attributing them to less than perfect battery cooling technology.

According to NTSB Chairman Robert Sumwalt, the agency, “has a long history of investigating emerging transportation technologies, such as lithium-ion battery fires in commercial aviation, as well as a fire involving the lithium-ion battery in a Chevrolet Volt in collaboration with the National Highway Traffic Safety Administration.”

Sumwalt also said that the goal of the probe will be to establish how the Tesla’s emerging technology impacted the outcome of the crash.

By the way, Uustal has litigated prominent car fire cases, and has a unique perspective on Tesla engineering: “Long ago, General Motors engineers were saying that in any crash where the occupants survive the impact, the fuel system must also survive intact. The memo was called Thou Shall Not Die of Fire. That was 1972!”

In Uustal’s view, we essentially achieved that goal in modern fuel system designs. “If the company cares, they can do it,” he explains, “Batteries are just a different source of fuel, certainly not more dangerous than gasoline; one tank of gasoline is equivalent to over 100 sticks of dynamite. Those GM engineers were saying that people should never die from post collision fires. If you survive the crash, you must not die in a fire. It’s that simple.”

TESLA appears to be in trouble on several fronts; it was just fined over $110,000 for plant safety issues at its Massachusetts solar power facility. The Occupational Safety and Health Administration imposed the fines after a Tesla employee was severely injured. According to regulators, Tesla did not provide workers with sufficient training or protective equipment, and employees who took certain courses online were not tested for proficiency.

As if the flames needed any more fanning, less than two months ago, Tesla was forced to issue a Model S recall over potential power steering failures connected to driving in harsh winter conditions. In 2015, the company recalled all of its Model S cars due to a seatbelt issue.

Last year, the company was hoping for a Safety Award for the Tesla S model, but the Insurance Institute for Highway Safety didn’t find the vehicle to be up to its high standards. During crash tests performed to award the distinction, the head of the dummies in the Tesla S hit its steering wheel one our of every five times. This was attributed to the improper length of the seatbelts. The car only got an “acceptable” mark in various tests.

John Uustal, who has written extensively about how responsibility should be weighed in accidents involving autonomous cars, believes that, “as self-driving tech developers keep complaining about the ‘exaggerated’ media attention given to crashes involving cars in auto-pilot mode, the issues of ethics and responsibility become increasingly central. As much as they would like to dismiss the technology’s repeated failures, sensors should function as expected, cars should not flat out explode, and the companies that put those vehicles and that technology on the road must be held accountable.”

When self-driven car software that is often riddled with bugs is left to make life and death decisions on U.S. roads, things can go very wrong, and judging from the current scenario, that is not about to change anytime soon.

[Ed. Note: We believe that John Uustal and his firm, Kelley Uustal, are the finest automobile products liability lawyers in the country. From exploding GM gas tanks to exploding Takata airbags to exploding Teslas, John is our go to guy.]