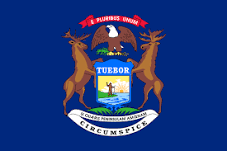 Dr. Frank Patino – “Robin Hood” or One of the Biggest Thieves in Detroit History?

Who says Medicare fraud has to be boring? Especially in the Motor City. When you are involved in a $112 million Medicare fraud scheme, there is apparently lots of money to throw around and that will get you noticed. If the feds are right, the main defendant in this case Frank Patino – didn’t even try to act low key.

Late last month, Dr. Frank Patino of Woodhaven, Michigan was indicted on a variety of federal healthcare fraud charges. Patino is a very public figure; he bankrolled several UFC and mixed martial arts fighters and was the sponsor / creator of his own diet scheme… called the Patino Diet, of course.

And how did he afford to do all these things? Prosecutors say that he was the biggest prescriber of a popular opioid drug in Michigan.

A day later, former MMA fighter Josh Burns was charged in the scheme. His indictment implicates a yet unnamed UFC hall of fame fighter.

After reading hundreds of pages of court records, the story that emerges is fascinating. Exotic dancers, exotic cars, threats of leg breaking, cash stashed in the Cayman Islands. And all paid by unwitting U.S. taxpayers.

The defendants, of course, deny the charges. Dr. Patino’s lawyer says his client is innocent. The Detroit News says Patino’s lawyer described him “as an award-winning physician, a humanitarian who distributed holiday hams to the hungry, who is being victimized by a

The story behind the story is worth telling. While the media covers the Patino’s celebrity ties and how the tens of millions in alleged fraud money was spent, there is another story here. One that repeats itself daily in Detroit, Miami, New Orleans, Houston and across the United States. It is a story of kickbacks, of over prescribing opioids and prescribing medically unnecessary treatments just to bill Medicare and private insurance companies.

According to the recently unsealed indictment, Dr. Patino operated several healthcare related businesses in the metropolitan Detroit area. They included:

All four entities are participating Medicare and Medicaid providers. Prosecutors claim that he controls these companies and is either a part or full owner of each.

The Justice Department says that Frank Patino obtained access to thousands of patients by being the largest prescriber of 30 mg. Oxycodone in Michigan. They say that between 2016 and 2017, he prescribed more than 2,200,000 doses of Fentanyl, Oxycodone, Oxymorphone and other controlled drugs. They also say that some of these drugs were medically unnecessary and wound up in the street.

Before dispensing opioids, Patino allegedly required many of his patients to submit to medically unnecessary (and painful) injections or procedures. Why? To make more money.

As part of the scheme,

“Francisco Patino and others falsified, fabricated, altered and caused the falsification, fabrication, and alteration of medical records, including patient files, treatment plans, diagnostic testing orders, and other records, all to support claims for office visits, injections, urine drug testing… and other services that were obtained through illegal kickbacks and bribes, medically unnecessary, not eligible for reimbursement and/or not provided as represented.”

Things were apparently so obvious that Medicare warned that 100% of the sample of injections from Patino reviewed by regulators not eligible for reimbursement.

How big was this scheme? The indictment claims that the false and fraudulent claims submitted to Medicare and Medicaid by Frank Patino and the others were approximately $112 MILLION!

To hide the kickbacks, the indictment says that Patino used intermediaries and claimed monies were being used to advertise his Patino Diet and to sponsor UFC fighters.

Congress prohibits healthcare providers from paying or receiving bribes or kickbacks. You can’t pay someone to gain more patients. That is a violation of the federal Anti-Kickback Statute.

Federal law also prohibits most self-dealing by healthcare providers (Stark law). Medicare and Medicaid take a dim view of the physician who send her patients to an MRI center she owns and then to a pharmacy she also owns.

As authorities were closing in, it appears that Patino knew storm clouds were brewing. The indictment details an email sent on September 10, 2017 sent by Patino to a business partner and his bookkeeper. In the email he discusses his ownership of the FDRS Diagnostic Labs. The email admits his referral arrangement with FDRS is a “violation of the Stark and Anti-Kickback Laws” and that retroactively amending FDRS’s tax returns to reflect different ownership was necessary to “hopefully keep [co-owner] & I out of federal prison & having all our assets seized to pay a 15 million dollar fine.”

After being arrested, Frank Patino was given a bail hearing earlier this month. On Independence Day (July 4th), the court ironically ruled that he wasn’t going to see his independence or freedom anytime soon. Despite a presumption of bail in federal criminal cases, a federal magistrate judge ordered Patino held without bond.

According to the court’s own files, the court found that,

no condition or combination of conditions which will reasonably assure Defendant’s appearance; and by clear and convincing evidence that no condition or combination of conditions will reasonably assure that Defendant will refrain from obstructing justice, with the Court finding that there is a serious danger that Defendant will obstruct or attempt to obstruct justice. The evidence was discussed at length on the record in support of the Court’s reasoning, and includes, but is not limited to evidence that: (1) Defendant was dishonest in his interview with Pretrial Services in several ways, including: (a) failing to reveal assets; (b) failing to identify at least one of his businesses; and (c) grossly understating his international travel; (2) Defendant has withdrawn over a million dollars in cash in recent years, and at least $400,000 in cash in the 2017-2018 timeframe, and has reported to two independent witnesses that he has placed money in the Cayman Islands, where he has frequently visited, giving him the means to flee and to live outside the United States; (3) Defendant has attempted to mislead the Court about his knowledge of a certain “D.G.’s” involvement in one of his businesses; (4) Defendant has utilized shell companies and intermediaries to hide assets; (5) Defendant has utilized blackmail, threats and intimidation, including surveillance by private investigators and sending compromising photos to people he perceives as having double-crossed him; (6) Defendant has intimidated witnesses, made threats of violence to or towards various people and pressured people to sign false affidavits; (7) Defendant has participated in various fraudulent acts with respect to medical billing, taxes and concealment of illegal activities; and (8) Defendant has taken advantage of thousands of patients for his own personal gain, including the prescription of highly addictive and unnecessary narcotics.

“(Frank Patino’s) fraud was blatant and it was flagrant. This is about the thousands of patients who were taken advantage of in order for the defendant and others to line their pockets with U.S. taxpayer funds, to put himself on TV, to fund advertisements and to pay MMA fighters so they would hang out with him.”

The Justice Department said that Patino threatened to break the legs of one associate while entrapping another with exotic dancers.

If convicted of all counts the 63 year old physician is facing 40 years in prison.

Dr. Patino is reportedly tied to Mashiyat Rashid, a Michigan businessman alleged to be part of a larger $200 million Medicare fraud scheme. That scheme involved false Medicare billing and distribution of over 4.2 doses of narcotics such as oxycodone.

Prosecutors say that Rashid spent $7 million on building a house in Franklin, Michigan as well as courtside NBA tickets, a Rolls Royce Ghost, Lamborghini and a rare watch collection.

All of the people mentioned in this post are presumed innocent until proven guilty. Statements by prosecutors in court or in the media are not evidence. We remind readers that an indictment is only a finding of probable cause.

Detroit Medicare Fraud – How to Claim a Cash Reward

Michigan may be the 10th largest state by population but it ranks number two for healthcare fraud. In areas like Detroit, Flint, Saginaw and Pontiac, Medicare fraud is at record levels.

Sometimes healthcare fraudsters get so arrogant or spend so much money they are just bound to get caught. Most Medicare fraud schemes come to light, however, by whistleblowers. These are insiders tired of the fraud, greed and corruption.

Under the federal False Claims Act, insiders with information about Medicare or Medicaid fraud can obtain large cash rewards for coming forward. Those awards can be as much as 30% of whatever the government collects from the wrongdoers.

To qualify for an award, one must have inside information about a fraud involving a government funded healthcare program. (In California and Illinois, whistleblower reward programs are available for healthcare providers who defraud private insurance companies.)

In the Frank Patino case, there are many different types of Medicare fraud alleged.

First, kickbacks and self-referral arrangements are usually illegal. Not only are they illegal, they also violate the whistleblower reward statute. These schemes are frequently found in connection with diagnostic laboratories or standalone imaging centers.

In some urban areas, particularly Miami, Detroit, New Orleans and Houston, we often see patient recruiter schemes. Paying a recruiter to round up homeless people is a form of kickback and it’s against the law.

Patient recruiter schemes today frequently involve opioids and other narcotics. A clinic or doctor will write large dose scripts for narcotics. At the same time, they provide services the patients don’t need such as expensive injections. Instead of paying cash – which leaves a trail -the recruiter takes the patient to the pharmacy to fill the prescription. The recruiter is then “paid” by receiving a percentage of the pills which can be consumed or sold on the street.

Providing services or drugs that are not medically necessary is also Medicare fraud. Not only are taxpayers paying for these unnecessary treatments, they are often painful or dangerous to patients.

A variation of the medical necessity scheme is billing Medicare for services that are never even provided. In other words, billing a patient for an extended follow up visit but never even seeing the patient.

Involved in the Fraud? – You May Still Qualify for a Reward

Rewards are paid to people with inside information about the Medicare fraud scheme. Sometimes the best whistleblowers are people involved in the very crimes they are reporting.

Unless you are the kingpin or mastermind behind the scheme, you qualify for a reward and probably have little to fear by coming forward. The Justice Department would rather put away the pharmacist or doctor who is knowingly dispensing thousands of doses of dangerous narcotics. Patient recruiters and billing specialists who come forward also have little to fear. (We can discuss your involvement and immunity anonymously with prosecutors before filing any case in which you are named.)

Even if your involvement in the wrongdoing is such that prosecutors want to reduce your award, coming forward and getting a small reward is better than a life spent looking over your shoulder.

For more information, visit our Medicare fraud and Michigan whistleblower pages. Want to know if you have a case? Contact attorney Brian Mahany online, by email or by phone 313.879.2070. All inquiries are protected by the attorney – client privilege and kept confidential. There is never a fee for a consultation. We only get paid if you earn a reward.