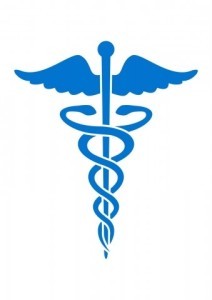 In May we wrote about Applied Behavioral Analysis (ABA) and how some think that the time intensive treatment option for autism patients makes it a ripe target for Medicare fraud. One of the biggest providers of ABA and autism care is Centria Healthcare. As we noted in our prior post, Centria is mired in an investigation by the Michigan Attorney General’s Office. That investigation apparently concerns Medicaid fraud.

After doing some more digging and research, we found that Centria has been a big political donor in Michigan. No surprise there.

Recently we saw a number of US companies admit having hired an attorney tied to President Donald Trump. Money, politics and corruption often go hand in hand.

It’s not illegal to hire someone connected to a prominent political figure. In fact, despite the media furor it makes sense. According to Business Insider, Swiss pharmaceutical giant Novartis, AT&T and other paid big bucks to former Trump lawyer Michael Cohen.

Why? Perhaps it was to get some influence, but we think the main reason was simply to gain insights and access. And neither of those reasons is illegal or improper.

Making a political donation directly to a candidate or elected official is different. Again, not illegal but it certainly raises more suspicions. And that is what bothers us about Centria Healthcare.

That is significant. Brian Calley helped Centria obtain an $8 million grant at about the same time the campaign contributions were made. He is also running for governor.

Bill Schuette, the current state attorney general, is also running for governor this year. In fact, he and Calley are locked in a battle for this year’s Republican nomination. (The current governor, Rick Snyder, is ineligible to run again because of term limits.)

Schuette, who is investigating Centria, reportedly received $19,600 in contributions. He wisely turned the money.

Our concern is that companies that make big contributions are probably going to want a payback. Candidates and elected officials can deny the connection between money and political favors all day long, but it is hard to fool the man on the street.

Centria is run by Scott Barry. His record is clean.  One of Barry’s closest allies and big investors can’t make the same claim. Mark Mitchell previously served as the CEO of Visiting Physician’s Association. He also serves on Centria’s board of directors.

In 2009, Mitchell’s company was prosecuted by the U.S. Department of Justice for violating the False Claim Act. In announcing a settlement, the government said that “Visiting Physicians Association submitted claims to the Medicare, TRICARE and Michigan Medicaid for unnecessary home visits and care plan oversight services, for unnecessary tests and procedures, and for more complex evaluation and management services than the services that Visiting Physicians Association actually provided.”

In other words, they billed for both unnecessary services and sometimes billed for services that were not even provided. Imagine going to an auto repair shop and finding out you were billed for new brakes but actually they did nothing. Well, in both examples you are the victim.

Why? Because Medicare, Medicaid and Tricare are financed with tax dollars. Your tax dollars.

The cases against Mitchell’s company are also notable both because it was filed in Michigan and was brought by four whistleblowers. The four shared a $1.7 million reward.

Healthcare professionals with inside information about fraud involving taxpayer funded healthcare are eligible for large cash rewards. The federal False Claims Act pays whistleblowers with inside information between 15% and 30% of whatever the government collects from wrongdoers. In the successful Visiting Physicians Association case, the four whistleblowers shared approximately 18% of the recovery.

Congress knows that many people are reluctant to step forward and report fraud. Sometimes whistleblowers suffer retaliation and sometimes they are ostracized. For that reason, Congress made sure the law had both healthy reward provisions and generous anti-retaliation measures to protect would be whistleblowers.

While the case is being investigated by the government, the whistleblower’s identity is typically kept confidential making it easier for the whistleblower to find new employment if he or she chooses to do so.

In the previous cases against Mark Mitchell and Visiting Physicians Association (VPA), three of the successful whistleblowers were medical technicians working for the company. They saw the fraud and greed on a daily basis. When things didn’t improve, they filed a lawsuit on behalf of taxpayers and the government.

Part of their complaint was that many of their patients didn’t meet Medicare guidelines for house calls.

In an effort to market their services, VPA was distributing flyers that said “Help a friend! Help a neighbor!  Summer months and hot humid weather make it difficult for some seniors to seek medical care… Do you have a friend or neighbor who could use a physician’s house call?… SREAD THE WORD! Tell your friends and neighbors about Visiting Physicians CARING DOCTORS MAKING HOUSE CALLS!”

They used similar ads on napkins that were used with a local Meals on Wheels program.

What the ads didn’t say is that only homebound people qualify for Medicare funded house calls. Not that those rules stopped VPA. The whistleblowers claimed that the company would falsely certify patients as eligible and order unnecessary tests and visits.

The Michigan Attorney General is already looking at Centria’s operations in that state. We suspect, however, that if there is wrongdoing involving the company it is not confined to a single state. Centria currently operates in several other states including Arizona, California, New Jersey, Oregon, Texas, Ohio, Washington and New Mexico. We also know they are seeking to expand.

Whether you have information about Centria in these states, other autism therapy providers or Medicare fraud in general, we want to speak with you.

Ready to see if you qualify for a reward? Contact us online, by email at or by phone at 202-800-9791. Cases accepted nationwide. All inquiries protected by the attorney client privilege and kept confidential.