States Are Mandating Expensive Treatment Options for Kids with Autism. Are Some Healthcare Providers Exploiting These Programs and Stealing Tax Dollars and Harming the Kids They Are Paid to Help? This Post Examines Claims Involving Centria Healthcare, a Leading Autism Therapy Provider

The Centers for Disease Control and Prevention says that 1 out of 59 American children are autistic. Hundreds of thousands school age children have autism, a range of conditions characterized by challenges with social skills, interpersonal relationships, repetitive behaviors, speech and nonverbal communication. Medical professionals characterize it as a developmental disability, although many people diagnosed with the disorder are very highly functioning.

As society focuses more on autism, new and competing therapies emerge. One of those oldest therapies is Applied Behavioral Analysis (ABA). Treatment opportunities are rapidly expanding as many states have now required Medicaid and private health insurance to pay for ABA and other autism therapies.

Earlier this year a group of whistleblowers claimed that Centria was defrauding Medicare. Despite tough anti-retaliation laws, the company sued the employees for defamation. The battle lines were quickly drawn. Centria claims that it runs a clean operation. The three former employees paint a much different picture.

The whistleblowers claim the company is guilty of a wide range of fraud including forgery, HIPAA (patient privacy) violations, billing fraud, falsifying healthcare records and employing unqualified people. As whistleblower lawyers, we see the theme of their claims repeated in many cases – profits before patients.

Usually whistleblower claims would be sorted out years down the road in court. The company is seeing red, however, and wants not only the fraud claims dismissed, it also wants to three whistleblowers to be punished.

Retaliation against whistleblowers can be quite effective, although its illegal. By filing a lawsuit against the whistleblowers, corrupt companies hope to send a stern warning to would-be whistleblowers. “If you blow the whistle, we will punish you.” That sort of bully behavior typically has a chilling effect on other workers.

The lawsuits come on the heels of an $8 million state grant awarded in 2017 to Centria. The company says it needs the monies to extend autism services and Applied Behavioral Analysis to an underserved group of patients, many in the poor and minority communities.

Centria plans to add 1200 news jobs in Michigan, many of them ABA therapists. Their grant, however, is in jeopardy. Just before writing this post, media reports say that Centria lost its grant. The loss of the grant is apparently tied to an investigation of the company by Michigan’s Attorney General.

If the reviews on the popular employee review website Glassdoor are any indication, the company is not well liked by its employees. Of 124 reviews, just 53% of those employees said they would recommend the company to a friend.

The company is disorganized, nobody seems to know what is going on. There is virtually no support. One of my BCBAs tends to offer impractical advice when I come to them with problems about my case (i.e. offers me advice for a low-functioning client when the client I work with is extremely high-functioning). The CSMs hardly answer the phones anymore. One of my BCBAs does not supervise for the number of hours they are required to, and when I came to them with a problem that involved a violation of contact by the client, the BCBA did nothing about it. The training they give doesn’t go over nearly enough to truly qualify people to work with autistic children, and they don’t adequately prepare people for the job.

Another worker said that most workers have less than 6 months on the job. In that worker’s words, “You can only hire and fire so many people before there will be no one left.”

Many of the “therapists” working for Centria are classified as “behavior technicians.” Despite the fancy title, these technicians do not need a college education and only make $13 or $14 per hour to start.

Lack of proper training for the techs doesn’t mean the company is a scam. It certainly raises red flags for us, however.

According to Centria’s lawsuit against its former employees, the three whistleblowers defamed the company by releasing a so-called “law enforcement summary.” In that summary, the trio claim that the Centria and some of its executives engaged in serious wrongdoing including:

The company, of course, vehemently denies the allegations.

Despite the company’s denials, the Detroit Free Press says that it has confirmation that the Michigan Attorney General’s Office is investigating Centria.

We often see cases where dishonest healthcare companies are more motivated by profit than patient wellness.

In another instance of billing fraud, the Detroit Free Press claims that some Centria employees say they were to pushed to bill for services that were never even rendered. In 2017 the company was cited for billing for home therapy for a patient that was actually in the hospital at the time.

The whistleblower claims against Centria mostly center on billing and medical necessity determinations, but what about the therapy they are providing? Is Applied Behavioral Analysis even effective? (Because it requires so many hours, it is certainly one of the most expensive treatment options.)

ABA is the leading therapy for kids diagnosed with autism. And companies like Centria are happy to provide therapists and bill Medicaid and Medicare for up to 40 hours per week at $55 per hour.

But is it effective? ABA certainly has it advocates. Autism Speaks, the leading autism advocacy group, says that Applied Behavioral Therapy is a “scientifically validated approach” for treatment. 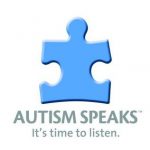 But there are fierce critics who say it is cruel and based on the premise that autistic kids need to be “fixed” and made to be more “normal.” A growing body of behavioral science says that we should accept neurodiversity and recognize that kids with autism are different. We can help them function and communicate but they don’t need 40 hours a week of a forced regimen in an effort to make them “more normal.

One women interviewed said that her son is the product of ABA. After hundreds of hours of Applied Behavioral Analysis, her son can now approach people on the street and say, “Hello, what’s your name.” She worries, however, that her son is becoming a robot. She says he will frequently walk away without waiting for an answer. She doesn’t think he even knows why he is asking people on the street for their name. instead “he just knows to do his part.”

We are not medical doctors or behavioral therapists. The debate over Applied Behavioral Analysis is likely to rage on for years. We do know, however, that our children deserve the best care possible. And nothing good can ever come from companies that put profits before kids, that misdiagnose or that bill for unnecessary services or services never rendered.

Is Centria guilty? We will leave that up to the Michigan Attorney General’s Office and the three brave whistleblowers who stepped forward with their claims.

The fraud fighters at MahanyLaw are ready to help stop the greed and corruption. We also work hard to get our clients the highest whistleblower awards allowed by law.

29 states and the District of Columbia have Medicaid fraud whistleblower laws that give whistleblowers up to 30% of whatever the government recovers from wrongdoers. Multimillion dollar awards are common.

In addition to the state Medicaid programs, California and Illinois have private insurance whistleblower award programs.

Finally, the U.S. Department of Justice can issue awards in all 50 states and Puerto Rico for information about Medicare fraud and the federal match on Medicaid.

All of these laws require filing a sealed lawsuit in court. That scares away some folks but it shouldn’t. We can handle everything from the investigation to filing of the complaint to meeting with investigators and even trying the case if it comes to that.

The bottom line? Congress and more than half the states have passed powerful laws to encourage whistleblowers to step forward and address fraud and greed. In cases like misdiagnoses, there is another reason to step up. Patient safety.

Being diagnosed with autism can have a lifelong stigma. And it is expensive. When kids are young, an incorrect diagnosis can stick with them and actually impair their development. And for what reason? So a company can pocket an extra few bucks?

This story wouldn’t be complete without addressing retaliation. We have only seen one client ever sued by a wrongdoer. In our experience courts do a remarkable job of protecting whistleblowers. They don’t tolerate companies that want to silence concerned workers who “rock the boat.” Bad employers sometimes want to make an example of whistleblowers so others don’t follow in their footsteps.

The federal False Claims Act and most states have powerful anti-retaliation laws. We can’t prevent the occasional employer who files a frivolous lawsuit, but we can and will prosecute them for damages. Under federal law, those damages include double damages and attorney fees.

We are actively looking for whistleblowers who work or have worked for Centria Healthcare or any other autism care provider. We aren’t suggesting that all such providers are bad. In fact, we think the opposite. If you have information about a company improperly diagnosis kids with autism, overbilling, billing for services never performed or using untrained / unqualified therapists, call us immediately.

If we take your case we can help you avoid being sued and protect you if you do suffer retaliation.

For more information, visit our healthcare fraud whistleblower information page. Have questions or want to see if you qualify for a reward? Contact us online, by email or by telephone 414-704-6731.

All inquiries are protected by the attorney – client privilege and kept confidential. There is no fee for a consultation and our services are available on a contingent fee basis meaning you never owe us anything unless we collect money for you.