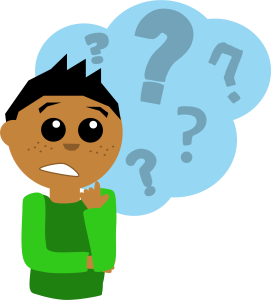 Get The Facts on Whistleblower Retaliation and How to Fight Back

By 2013, according to that year’s edition of the same survey by the Ethics Resource Center, 21% of the workers who reported misconduct said they suffered some form of retaliation from their employers. In terms of number of people, that translated to 6.2 million Americans.

According to findings published in the same study, 34% of the people who observed misconduct but failed to report it, had done so for fear of retaliation from senior management, 30% feared retaliation from supervisors, and 24% had fears that their colleagues might have an adverse reaction against the reporting.

In a historical sample review of whistleblower lawsuits spanning 15 years, a Fraud magazine journalist identified 380 cases of whistleblowers who had filed retaliation claims. His conclusion: Most whistleblowers are fired. 74% of the individuals in the sample had suffered retaliatory termination, 5% had been transferred, and 15% had been either demoted, harassed or negatively evaluated.

Interestingly enough, the 2012 ERC Fortune 500 Report found that whistleblowers in environments such as Fortune 500 companies are four times more likely to suffer retaliation.

A 2015 University of Notre Dame survey of over 1,200 financial services professionals in the U.S. and the U.K. revealed that 19% of them believed their employers would retaliate if they blew the whistle about misconduct. In the U.K. 24% of respondents said they would also expect retaliation.

Finally, retaliation claims account for nearly 50% of all Equal Employment Opportunity Commission discrimination charges, and their number has been on the rise since 2002.

As we can see in this statistics from the last few years, whistleblower retaliation is prevalent in the U.S. and beyond. The chances of a successful whistleblower complaint are of about 25% according to data released by OSHA. In this scenario, only legal advice from a seasoned whistleblower attorney can guarantee risk minimization and maximization of restitution and damages.

Minimizing the Risks of Whistleblower Retaliation

Most of the folks that contact come to us after they have suffered retaliation. At that point, we can only help get their job back or seek damages. Important to the statistics on retaliation are the statistics tied to internal reporting. The SEC says that 80% of whistleblowers first report their concerns internally.

In fact, many companies tell employees that the law requires the to internally report. That isn’t quite accurate. Just one whistleblower program – the SEC Whistleblower Program – requires workers to first internally report if they later hope to receive an award. Those rules are limited to auditors and compliance professionals. And, the SEC says there is no internal reporting requirement if the wrongdoing involves the risk of substantial financial injury or if the company is likely to cover up the wrongdoing.

We recommend would-be whistleblowers contact us before sharing their concerns with anyone.

We also recommend that you never use a work computer to Google search terms as “whistleblower complaint” or “whistleblower lawyer.” If a company suspects that someone has blown the whistle, readily available software can determine whether a device was used to search for a particular term.

If a company doesn’t know who reported them, they can’t retaliate.

In one recent, our client’s whistleblower claim was never revealed until after he received a substantial award. Yet one of his colleagues was suspended months earlier on suspicions that the colleague had blown the whistle. Six months after the case was successfully resolved we learned the colleague was searching for whistleblowing information while at work.

The employer guessed that the colleague had blown the whistle. They were wrong, of course. But the lesson is clear.

As this post is written, the CEO of Barclay’s Bank is still under scrutiny after trying to identify and unmask a whistleblower within the bank.

Another way we can often protect whistleblowers is with anonymous or “Jane Doe” filings. The SEC program specifically allows anonymous filings to be made through lawyers. The lawyer acts as a firewall between the agency and the whistleblower.

Whistleblower retaliation is prohibited by both state and federal law. Both the SEC and False Claims Act have powerful anti-retaliation clauses that provide for double damages, back pay, front pay, court costs, investigation expenses and legal fees. The latter is important because it means employment lawyers are more likely to take these cases.

Whistleblowers are special breed of people. They are society’s new heroes. Fed up with corporate greed and fraud, they are willing to stand up for what is right.

If you are interested in becoming a whistleblower, call us or visit our whistleblower retaliation information page. We are happy to shoulder some of the burdens and stand up with you.