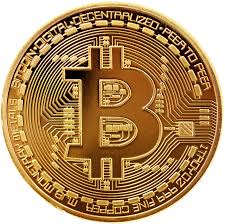 SEC Halts Trading of The Crypto Company. Read the Story Behind the Story and Learn about CEO Michael Poutre’s Checkered Past.

The Securities Exchange Commission continues its aggressive push against deceptive initial coin offerings (ICOs). The Commission issued a short statement on Monday afternoon about its actions against The Crypto Company. The statement said,

“The Commission temporarily suspended trading in the securities of The Crypto Company because of concerns regarding the accuracy and adequacy of information in the marketplace about, among other things, the compensation paid for promotion of the company, and statements in Commission filings about the plans of the company’s insiders to sell their shares of The Crypto Company’s common stock. Questions have also arisen concerning potentially manipulative transactions in the company’s stock in November 2017.”

No other information has been released as to why the SEC suspects deception or problems with the offering.

The media has been abuzz about the SEC’s actions. Despite all the theories and speculation about the future of The Crypto Company, the company’s website has been strangely silent.

As of this writing, the company continues to stand behind its marketing slogan of “Trust. Credibility. Innovation.”

While many people have called the recent rise in Bitcoin unprecedented, Bitcoin has “only” risen in value by 225% in the last 3 weeks. The Crypto Company, however, has risen by 2500% in the same three-week period! In just a few days, the price of stock rose from $22 a share to $575!

The meteoric rise in value appeared to coincide with a press release on December 4th when the company announced that it was launching a trading platform for digital currencies. According to the release,

“Beginning this week, the Crypto Company’s first group of traders will actively trade the most liquid cryptocurrencies using in-house capital. The Company’s full plans call for the build-out of a full-scale trading floor with high capacity for experienced crypto traders. The company is in the process of spearheading the development of high frequency trading (HFT) and program trading software platforms specifically for the cryptocurrency markets. These future phases are under development and require complex technology due to regulatory and security concerns unique to the crypto markets.”

We also know that on December 12th, The Crypto Company filed a form 8-K with the SEC detailing a private sale of $1.15 million shares of stock for just $7 per share. It is unknown if this sale is connected to the concerns referenced in the SEC statement.

The Crypto Company’s CEO is Michael Poutre. Because he owns a large percentage of the company, he is presently a “paper billionaire.” We say “paper” because trading in the company has been halted meaning he can’t sell his shares.

Poutre previously worked as a stockbroker. The Financial Times reports he is the same Michael Poutre that was suspended by the Financial Regulatory Authority (FINRA) in 2010 for 2 years. If so, Mr. Poutre has quite a checkered past.

A review of FINRA records shows that Poutre worked for 13 different brokerage companies in just 16 years.

His last two firms were Maxxtrade Inc. and Brookstone Securities. Both of those firms were expelled from the securities industry shortly after Poutre left.

Poutre has multiple disclosures involving both customer complaints and regulatory matters. In the early years, the complaints and alleged violations do not appear serious. By 2006, however, things were heating up.

In 2006, Poutre was briefly suspended from the securities industry after allegedly deleting emails during an NASD audit. The suspension order says an auditor demanded immediate access to Poutre’s computer during the audit. Before providing access, Poutre deleted business records from his computer. Poutre accepted the suspension but without admitting any guilt.

In 2010, he was suspended again, this time while working at Maxxtrade. That was before regulators shut down Maxxtrade. Records indicate that Poutre charged excessive fees to customers. Poutre tried to blame his employer and said they were secretly marking up the trades. Although Maxxtrade was ultimately shut down, Poutre again consented to the sanction without admitting any wrongdoing.

That same year Poutre faced a more serious charge of not cooperating in an investigation. That charge ultimately earned him a two-year suspension. He never came back as a broker. We believe that because of his history of complaints, a rare two-year suspension and the fact that his last two brokerage firms were shutdown made Poutre a pariah. We don’t think anyone would hire him.

Magically, Poutre comes back a few years later as CEO of a cryptocurrency business and people fork over tens of millions of dollars to him.

We remind readers that the SEC has merely suspended trading in The Crypto Company shares. Those emergency freeze orders are generally done to protect investors while the SEC investigates. The company and Mr. Poutre have not yet been charged with any wrongdoing.

If the company shuts its doors or the stock falls to zero after trading is resumed, investors will be out billions of dollars. Can they sue Poutre or the other officers of the company for their losses? Sure, but good luck collecting.

Anyone who purchased shares in The Crypto Currency, however, through the advice of a stockbroker or investment adviser may have a claim to get back their losses.

Brokers and financial advisers have a duty to perform due diligence on the companies they recommend. We only researched one officer of the Crypto Company and have already found plenty of red flags.

Brokers also have an obligation to make suitable investment recommendations. “Crypto” anything is not suitable for those living on fixed incomes, who are risk adverse, looking for stable returns or preservation of capital.

We hope that investors in The Crypto Company didn’t lose their money to some type of cryptocurrency fraud scheme. Unfortunately, crypto mania has reached such extreme proportions that we know people who are maxing credit cards and borrowing money against their homes to participate in these schemes. (Brokers should also make sure investors aren’t doing that either.)

If you lost money on the Crypto Company, Bitcoin or any other cryptocurrency and purchased through a stockbroker, give us a call. Yes, we know that “no one” loses money on cryptos. Just wait. What goes up will come down and probably down hard.)

Our stockbroker fraud lawyers understand cryptocurrency fraud schemes and have years of experience in recovering money from stockbrokers, brokerage firms, investment advisers and other financial professionals.

Please visit our cryptocurrency fraud and ICO schemes information page for even more information. Have at least $100,000 in losses? Please contact us directly online, by email at  or by phone at 202-800-9791.

Work for Crypto Company or Have Inside Information about ICO Scams?

The SEC Whistleblower Program pays large cash awards to people with inside information about fraudulent and deceptive cryptocurrency offering schemes. Even if a company tells you they are exempt from securities laws or that their offering doesn’t involve stock or shares doesn’t mean that’s true.

We have represented dozens of whistleblowers and have helped them collect tens of millions of dollars in awards. If you have information about fraudulent offering schemes, let us know. We would love to help shut down these operations and get you an award.

Once again, you can contact us directly online, by email at  or by phone at 202-800-9791. All inquiries are confidential and the SEC will allow us to file your award petition anonymously.