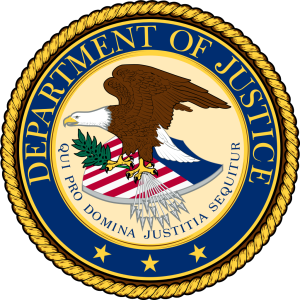 A little known law called FIRREA offers awards of up to $1.6 million to whistleblowers with inside information about bank fraud. Short for the Financial Institutions Reform, Recovery and Enforcement Act, FIRREA pays big awards to qualified bank whistleblowers.

2017 Auto Loan Crisis – Are Some Banks on the Brink of Failure?

To see why the auto lending industry is in crisis, we don’t have to look back to far in history. In 2008, the economy faltered. Badly.

Banks were offering home loans to almost anyone. That caused home prices to skyrocket. Because banks no longer hold the mortgages they write, there was little incentive to make sure borrowers were creditworthy and qualified. Today banks make their money through commissions on the loans they make. The mantra now is write the loan, package it with other loans and sell them so that money is freed up to make more loans.

In 2008, the scheme collapsed under its own weight. Housing prices fell. The economy stalled. Millions of Americans lost their jobs and over the ensuing months, millions more lost their homes.

Uncle Sam cracked down on the mortgage scheme. Although few people went to jail, the federal government fined banks and mortgage companies billions of dollars. (Our whistleblower case against Bank of America resulted in a $16.7 billion settlement and over $150 million in awards.)

Not only were banks fined, rules were tightened to prevent a repeat of this catastrophe. Because the federal government (taxpayers) back most home loans through the FHA, VA, Fannie Mae and Freddie Mac, the government has good reason to carefully watch banks.

Did the banks learn their lesson? Some did while others found a new way to print money, shoddy (subprime) car loans!

Today car loans are packaged and bundled like mortgages. That is bad because banks no longer have an interest in the loans they make. By that we mean that banks no longer run the risk of defaults. If a bank suffered a loss when a car buyer defaulted on a loan, the bank would be more careful in its lending decisions. Today, car loans are packaged and sold to investors.

If we learned one thing from the mortgage crash, it’s that institutional investors who purchase they loan pools are not pleased when they learn their investment is junk. Remember the mortgage crisis one decade ago? Banks were writing shoddy loans while simultaneously telling the government and investors that the loans were good.

That same behavior appears to be happening today, although this time it is more prevalent with car loans.

And we think many of those loan pools are junk.

FA News, a well-respected financial publication, says that Banco Santander SA “recently vetted incomes on fewer than one out of every 10 loans packaged into $1 billion of bonds, according to Moody’s Investors Service.” At the same time, some Chrysler dealers were “gaming” loan applications to sell more vehicles. Santander and Fiat Chrysler have a longstanding partnership arrangement.

Today NewsMax reported that “U.S. banks reportedly fear consumers have taken on more debt than they can handle as the $1.2 trillion car loan market shows warning signs of a bubble similar to the subprime mortgage crisis.”

After our original subprime auto piece was published in August, Bloomberg reported that these loans were “nearing crisis levels.” They say that about 1 in 10 subprime loans made by nonbank lenders was 90 or more days past due!

This time it appears the states are taking the lead in trying to stop these lending abuses. In March, Santander paid Massachusetts $22 million for “its role in facilitating unfair, high-rate auto loans for thousands of Massachusetts car buyers.”

According to Massachusetts Attorney General Maura Healey, “After years of combatting abuses from subprime mortgage lenders, these practices are unfortunately familiar. We found that Santander, a leading player in the business of packaging and reselling subprime auto loans, funded unfair and unaffordable auto loans for more than 2,000 Massachusetts residents.”

The investigation, handled jointly with the Delaware, revealed that the bank allegedly funded auto loans without having a reasonable basis to believe that the borrowers could afford them. In fact, Santander predicted that many of the loans would default, and allegedly knew that the reported incomes, which supported the loan applications submitted to the company by car dealers, were incorrect and often inflated.

We say allegedly because the bank settled without admitting fault.

Who Are the Big Auto Lenders?

Santander has been the lender most in the news today but there are several others who are packaging and selling car loans. Big auto lenders include:

Although the states appear to be taking the lead in prosecutions of banks who write shoddy car loans, the feds have a big interest in keeping banks safe.

When banks fail, the FDIC often must pay out millions of dollars to account holders. Bank failures also cause a panic within the financial markets. FIRREA was passed in the aftermath of the savings and loan crisis of the 1980’s. The law allows prosecutors to go after banks that engage in risky decision making and companies that defraud banks.

In the case of shoddy subprime auto loans, we believe that FIRREA can be an effective tool to prosecute banks such as Santander as well as car companies who turn their back on dealers submitting fraudulent loan applications. It can also be used as a tool against private equity companies and non-bank lenders. These folks have lines of credit from commercial banks or sell pools of auto loans to banks and institutional investors. If these lenders are concealing the poor quality of their loan pools, they are potentially jeopardizing the health and liquidity of their banking partners.

We are currently looking for bank whistleblowers with inside information about subprime auto loans. Employees of automakers and large dealer groups that know about bank lending practices may also qualify. Lenders that engage in these practices hurt consumers and place our banking system at risk.

If Santander was making risky loans and disregarding essential credit information, they may be in violation of the FIRREA statute. That law now pays whistleblower awards of up to $1.6 million.

The banks aren’t the only ones who were trying to make a quick buck on the backs of struggling borrowers. With interest rates of 11% and ridiculous default fees and charges, many hedge funds and non-bank lenders jumped in and were eager to make car loans. Often the capital for those loans came from warehouse lines of credit supplied by commercial banks.

Once again, there is a possible FIRREA violation if a car dealer chain, finance company or non bank lender falsely discloses the risks inherent in their loan portfolios.

It doesn’t matter whether a bank or non bank lender using bank money is writing shoddy subprime auto loans. If these loans hurt the banks or put banks at risk, chances are good there is a FIRREA violation. Originally drafted to help prosecutors clean up the 1980’s savings and loan crisis, FIRREA today is the top enforcement tool for addressing bank fraud.

Prosecutors love FIRREA because the law has a 10 year statute of limitations (period in which to sue) and a low burden of proof. We love FIRREA because it pays awards of up to $1.6 million. The law also has strong anti-retaliation and confidentiality provisions.

There is also the opportunity to bring class cases against the lenders / banks and on behalf of consumers.

Do You Have Information about Subprime Auto Loan Scams? Find Out if You Are Eligible for an Award

To find out if you are eligible for a FIRREA whistleblower award, give us a call today. Awards are given to the first person to file. If you considering filing for an award, don’t delay. Even if you are not eligible for an award, we still want to speak with you about what you know. Although obtaining the maximum whistleblower awards for our clients is important to us, we also want to help consumers and put an end to these schemes

For more information, contact attorney Brian Mahany ONLINE by email at or by phone at (414) 704-6731 (direct). All inquiries are protected by the attorney – client privilege and kept confidential.

MahanyLaw – Over $100 Million in Awards Paid to Our Bank Whistleblowers