[Post updated September 2018] After facing a myriad of legal challenges for its substandard mortgage servicing, Ocwen is now dealing with yet another kind of class action trouble in connection with its automated calling practices – robocalls. 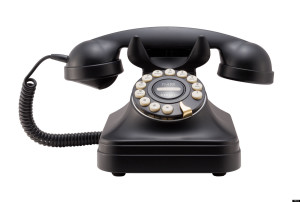 Ocwen’s shoddy loan servicing practices and inappropriate fees have costed many Americans their homes. Investigations by the New York State Department of Financial Services, U.S. Justice Department and the Consumer Financial Protection Bureau all shed light on the subprime mortgage loan servicer’s many violations. But the bad news hasn’t stopped. Earlier this year 22 states took action to keep Ocwen from servicing loans within their borders.

A group of consumers is now seeking an injunction over Ocwen’s use of robocalls; automated dialing to place solicitation calls  to cell phones. A federal court judge in Chicago, Matthew Kennelly, has agreed to grant some of those requests. He is still seeking information from the company to establish whether the injunction is feasible and what the associated costs would be.

A similar lawsuit filed under the Telephone Consumer Protection Act – TCPA – was filed in Florida. The Florida complaint involved robocalls for debt collections purposes. The plaintiff in that case claimed that Ocwen made “hundreds” of robocalls “in a campaign designed to apply maximum psychological stress with the aim of pressuring her into paying the debt.”

Another Florida victim claims he was contacted over 250 times in 6 months. Despite repeated demands to stop calling, the robocalls continued. According to WTSP News 10, the man didn’t even have a loan with Ocwen! He owed them no money!!

Prior to filing suit, the man repeatedly demanded the company stop the robocalls. When that didn’t work he called the state. Ocwen acknowledged the error and wrote to the state that the calls would cease.

We all know that they didn’t.

Ocwen has since settled the lawsuit and says, “This matter has a unique and unusual set of circumstances. We are pleased that the parties involved in this matter have reached an amicable resolution.” [Ocwen isn’t the only company making repeated robocalls – we have heard similar complaints from people receiving calls from Freedom Mortgage, LoanDepot and Lending Tree. If you are receiving unwanted robocalls from any lender, call us. We can get the calls to stop and help you receive the maximum damage award for the inconvenience and harassment.]

Although this is not our case, we are happy to report the details of the settlement as we understand them. The settlement affects certain individuals who received an automated call from Ocwen between October 27, 2010 and October 6, 2017.

The settlement provides a $17,500,000 fund from which eligible persons who file valid claims will receive cash payments estimated to be $60 based on a 10 percent claim rate.

Ocwen identified 1,685,757 specific cell phone numbers to which the company made autodialed calls during the 7 year period between October 2010 and 2017.

(The anticipated settlement concerns us, although we did not litigate the case and therefore do not understand all the legal issues. With statutory damages of between $500 and $1500, even if Ocwen received the minimum penalties, the total amount owed would be in the billions of dollars.  We understand that the company simply doesn’t have the money to pay such fines. We always try to get consumers at least $100, however.)

Ocwen’s Many Other Problems

Automated calls may still be the least of Ocwen’s problems. Recently, a judge allowed the latest class action against the company to proceed, in this case over claims that Ocwen systematically failed to notify county land offices in California when mortgages had been fully paid off. Defendants in the class action suit also include Morgan Stanley Private Bank and Citizens Bank.

Almost nothing surprises us these days. We know that fact is sometimes stranger than fiction. But when we recently read that news stories about Ocwen have been “trending positive” over the first days of July, even we were surprised. An analysis of over 20 million news sources has allegedly  found that the web is now viewing Ocwen more positively.

No doubt, the largest nonbank mortgage servicer is leading an aggressive strategy to try to save face among the massive negative reporting from top media like Forbes and The New York Times. Besides launching a campaign of presumably paid positive reporting, Ocwen has initiated a series of borrower outreach events entitled “Summer of Help & Hope.” The program’s aim is to  “assist struggling homeowners.”

A press release that appeared on Globe Newswire explains, “This initiative is part of Ocwen’s continued efforts to bring responsible mortgage solutions to struggling homeowners in their local communities across the U.S.”

Although it seems shocking that a corporation that never had struggling homeowners’ interests at heart would make such claims, perhaps some homeowners out there, the kind who seldom read the news, will take the offer at face value. But for anyone who has been following Ocwen or has any idea about its track record, their summer of hope seems like bad joke.

“Not everyone has benefited from the improvements in the economy. Ocwen remains committed to its long-established practice of working with respected non-profit organizations that offer expert advice and relief to Ocwen borrowers who need a solution to maintain the dream of owning their home,” a Senior VP at Ocwen has been reported as commenting…

Information about upcoming events can be found on OcwenCares.com. “Ocwen cares? Tell that to the thousands of people who have had their financial lives destroyed by Ocwen’s illegal and substandard mortgage servicing. It would be more accurate to call that website, “Ocwen- wants-you-to-think-it-cares-but-it-really-does-not.”

The company’s press release also states, “Ocwen also has provided billions of dollars in principal forgiveness to homeowners at risk of foreclosure.” Once again, tell that to all the Americans who made their mortgage payments in time and were puzzled when they found a foreclosure notice on their doors.

Because Ocwen services millions of residential mortgage loans, we sincerely hope the company is trying to change its behavior. The company needs to also compensate every consumer it harmed throughout its history, however. That effectively translates to thousands and thousands of American homeowners who, in many cases, paid their mortgages diligently or complied with the government’s loan modification process.

Paid news articles and consumer outreach cannot change much for Ocwen at this point.

Meanwhile, Ocwen has had no other alternative than to sell considerable segments of its portfolio.   It has just sold 55,000 Freddie Mac-backed mortgages to Walter Investment Management Corp, that amounts to a $9.6 billion portfolio. And JP Morgan Chase is set to buy a $45 billion portfolio. The sales reportedly involve some of the company’s healthier assets.

At the same time, Ocwen shares have lost 79.61% of their value over the last year. In short, nothing looks good for Ocwen in 2017.

How could such a lucrative company sink so low? The answer is simple. Third party providers, such as nonbank servicers like Ocwen, tend to focus on volume. They want to get more and more business, regardless of whether they have the capacity to offer the services they are supposed to provide. This type of behavior in consumer finance can have catastrophic consequences; failure to adhere to regulations and follow protocol can cause people to lose their homes.

As OCWEN continues to face multiple legal woes, its media strategies and remedial actions appear to be too little, too late. OCWEN owes a debt to American consumers, and both the company and the financial institutions that were involved in its many violations must be held accountable.

Until then, we hope the company stops harassing homeowners with hundreds of illegal robocalls.

To learn about our current Ocwen class action investigation, visit our Ocwen fraud page. You can also see what we had to say about Ocwen and how they abuse struggling homeowners on our Lender Liability site by clicking here. Finally, we have 10 other articles on this site. Just type in the word Ocwen on our searchable Due Dilgence blog.

If you were the victim (homeowner) of poor loan servicing by Ocwen, call attorney Anthony Dietz at 248-789-5551 or email . You may be eligible to participate in our class action lawsuit. (For the quickest response email Anthony at the address above.)

Ocwen insider interested in receiving a whistleblower award for reporting fraud? Contact attorney Brian Mahany at or by phone at (414) 704-6731.

Receiving unwanted robocalls from another mortgage lender or company? We can also help! Visit our our Stop Robocalls action page for general information or our industry specific  Mortgage Company Telemarketing information page. Federal law can award up to $1500 for each unwanted autodialed call. (We never charge for our services unless we collect money for you. If you don’t win, you don’t pay.)

MahanyLaw –  Dedicated to Cleaning up America’s Housing and Lending Markets.