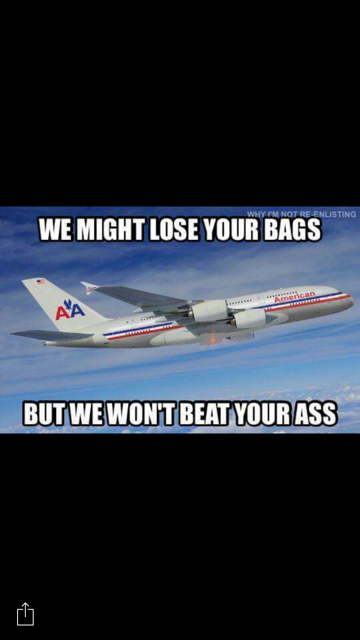 The video of Dr. David Dao being dragged down the aisle of United Airlines flight is still fresh in everyone’s mind. If you haven’t seen it by now, you are one of the few. The videos have gone viral on YouTube and have been viewed millions of times.

Probably worse than the incident itself is United Airlines ham-fisted “apology.” CEO Oscar Munoz offered a weak apology for the way it “re-accomodated” Dr. Dao. Three cops dragging a bloody physician off a plane is a “re-accomodation”? It gets worse.
After issuing the public apology, Munoz then sent an internal email to employees essentially saying the airline did nothing wrong. Of course, it took just minutes for a copy of that internal email to be leaked to the press.
Did Dr. Dao break any rules or laws? No. If anyone is guilty it is United Airlines and CEO Oscar Munoz.
Airlines have a dirty secret, they can legally collect your money, sell you a ticket and then deny you a seat if they have overbooked a flight. Frequent flyers encounter overbooked flights all the time.
Usually, the airlines bribe their way out of the problem. College kids hoping to get a free ticket or retirees with time on their hands often accept a deal involving a seat on a later flight and a travel voucher for a future free flight.
Sometimes, however, there are no takers. In fact, that “sometimes” happens tens of thousands of times each year.
When an airline can’t find a volunteer, it resorts to its published tariffs and overbooked flight rules. Unfortunately the government says airlines can overbook as long as they have a written guideline in place for dealing with the unhappy passengers denied boarding.
Like most carriers, United Airlines has an overbooked flight rule. United’s Rule 25 sets forth the airline’s responsibilities for overbooked flights. Called the “Denied Boarding Compensation” rule, the rule goes into great detail as to how the airline must respond if it wishes to “deny boarding” on an oversold flight.

Have you figured out the flaw in the way Dr. Dao was removed from the aircraft? He had already boarded! United’s rule only applies to denied boarding, not removing someone once seated. The video clearly shows Dao had already boarded and taken a seat. There is nothing in the overbooked flight rule that allows United to remove a passenger that is already on the the plane.

Airlines do have rules that allow them to remove passengers from planes. The contract of carriage United filed with the government contains a rule called Refusal of Transport (Rule 21).
United can refuse service for a wide variety of reasons and can even forcibly remove a passenger from a plane but only in certain circumstances. Those circumstances include being unruly, drunk, not complying with TSA security screening, not having proper ID, smoking, bad body odor, inappropriate clothing and failure to obey instructions of crew members. A complete list appears below.
Can United have police remove a passenger because he won’t give up his seat? Probably not. Implied in the rule is that instructions from crew members must be lawful. Since United’s overbooking policy only applies to denied boarding, once on the plane the airline doesn’t have much room to order a passenger off the plane unless they are belligerent, threatening or violent.

Rosa Parks is credited with helping spark the civil rights movement when she refused to give up her seat to a white passenger on a bus in 1955. Although she didn’t resist, police in Montgomery, Alabama arrested her anyway. Her refusal to give up a seat provides valuable lessons for today’s airline passengers.
Fast forward to 2017 and the advent of cell phone cameras. No airline wants a public relations nightmare. United Airline’s stock dropped by almost $1 billion as a result of the bad publicity once the video went viral.

It’s hard to give advice in advance of an incident since each incident is different and each airline has its own published tariffs and transportation rules. As a matter of general information, we offer the following:
1) You probably have far more rights once on board the aircraft and in your seat. This is especially true with United’s rules as they are approved today.
2) Don’t be afraid to demand to speak with the airline’s station manager. Airlines don’t like removing passengers from planes and after this week’s United debacle, are going to be even more apprehensive. The station manager has more authority than a gate agent or flight attendant to make a sweeter deal.
3) Airlines want to move planes. Delays cause passengers to be upset and usually cause a ripple effect in operations. If you are in your seat, you are in a good position to negotiate for a higher level of compensation. United’s rules say that depending on how long it takes them to get you on another flight, you may be entitled to up to four times the value of the ticket (not to exceed $1300). The tariffs dictate how much they must pay but they are certainly free to pay more.
In the recent video of the passenger being dragged through the aisle, United reportedly only offered $800. They may only had to pay up to $1300 but they could have certainly paid more. In hindsight, you can believe that United CEO Oscar Munoz would have paid ten times that to avoid the horrible publicity. (Publicity which the airline absolutely deserves.)
4) If you do believe that you are being improperly being asked to leave the plane, don’t resist. Remember Rosa Parks. Be polite, be respectful and make sure you and everyone near you has their cameras running. It is one thing to engage in civil disobedience and be removed from a plane. It is quite another to be arrested for threatening a police officer or airline staff.
5) Understand that by being removed forcibly from a plane, there is some risk that you may be arrested anyway. Perhaps for criminal trespass or some other such charge. If you remain polite and respectful, chances are much better that neither the airline nor prosecutors will want to prosecute those charges. This is especially true if the arrest is being filmed. On the plane, the cops will most likely comply with the airline request to remove a passenger but that doesn’t mean that the prosecutor or airline will want even more horrible publicity.

When Can an Airline Remove You from a Plane

Tariffs and carriage rules vary from air carrier to carrier. United’s Rule 21 says that you can be removed in the following circumstances:

Lest you think that the airline can remove you from an overbooked flight simply for failure to listen to a crew member instruction, implied in that rule is that the instruction is lawful. For example, if flight attendant instructed passengers to get undressed, such an instruction would not be legal.

Note:  We are a an anti-fraud and class action law firm. We do not take individual cases against airlines. This post is offered for general information. We cannot offer legal advice to non-clients and we certainly can’t offer legal advice via a blog post. We do represent aviation whistleblowers, however. Click here to read how United Airlines may be illegally using faulty jet engine parts and covering up inspection irregularities.

Passengers have rights. Somewhere along the way, airlines forgot this important concept. Since this post was first drafted, we learned that United Airlines removed yet another passenger. One that had paid for a first class ticket. According to media reports, Geoff Fearns was threatened with handcuffs if he didn’t get off the plane.

Lest you think Mr. Munoz and United Airlines learned their lesson about how to treat passengers on an overbooked flight, Fearns says he was offered a $500 voucher but only after he hired a lawyer.

It’s time for Congress to stop allowing airlines to overbook flights. Congress also needs to mandate better rights for passengers. And for Oscar Munoz? Let’s just say that he should go quietly into the night. Until then, we certainly be flying United until there is a change in corporate culture. (We don’t blame the police or ticket agents for the Dao fiasco, although the incident should have been handled better. The blame rests solely in United’s C-suite and with the board of directors.)