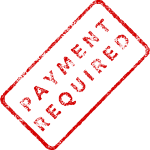 Maverick Granger was once a branch manager for PC Specialists, Inc. PC Specialists goes by the name Technology Integration Group or TIG. The company supplies computer systems to large institutional buyers and governments. Once of their contracts was with the National Nuclear Security Administration. Last summer TIG paid $5.9 million to settle fraud charges brought by Granger under the federal False Claims Act. Five months later and Granger still has not been paid.

While working at TIG, Granger noticed that the company was overcharging the government for computers. TIG’s contract required all discounts and rebates be passed on to the government. TIG, however, was pocketing that money. With a contract that cost taxpayers tens of millions of dollars each year, the rebates were substantial.

Like most whistleblowers, Granger says he tried telling his boss and other managers in the company that they were improperly overbilling the government. No one would listen. When he went over his boss’ head, he was immediately terminated.

Undeterred, Granger became a whistleblower and filed a lawsuit under the federal False Claims Act. That law protects whistleblowers from wrongful retaliation and pays an award which is a percentage of what the government collects. Normally, the awards average 16% but they can be as high as 30%.

The claims were settled for a total of $5.9 million. The company also settled a separate but related matter regarding a different scheme to defraud, one in which the price of computers was inflated. As part of the settlements, a vice president of the company and two others tied to the scheme were forced to resign. The company also had to hire a federal monitor of the government’s choosing to insure that there were no future overcharges.

The settlement was big news when announced last summer. Historically the Justice Department was happy to collect a big fine but now the government is getting more aggressive in preventative measures such as mandatory monitors and termination / prosecution of individuals responsible for the fraud.

Still, there has been no word on when Granger can expect to be paid or how much. The government’s initial offer was not accepted. The minimum award is $885,000 but no word on where this heads next. In November, the Justice Department told the judge that it was still negotiating. Ultimately Granger can have a fairness hearing before the court if no settlement is reached.

Court review of whistleblower awards is rare but an important right for whistleblowers. The drafters of the False Claims Act knew that occasionally whistleblowers and prosecutors wouldn’t be able to agree. Congress therefore gave whistleblowers the right to seek a hearing before the court.

If you have inside knowledge of government overpayments or contract fraud, give us a call. Our whistleblower clients have received over $100 million in awards. We work hard to insure our clients get the maximum award and protect their rights when they suffer from retaliation.

Need more information? Visit our whistleblower information page or call us. The author of this post, attorney Brian Mahany, can be reached at or by telephone at (414) 704-6731 (direct).