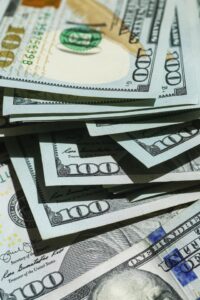 Passed in response to the savings and loan crisis, FIRREA is one of the most powerful tools that prosecutors possess. Short for the Financial Institution Reform, Recovery and Enforcement Act, FIRREA has a low burden of proof and a long 10 year statute of limitations. That is why prosecutors love the statute. Few people know, however, that FIRREA can also pay hefty whistleblower awards.

FIRREA pays awards of up to $1.6 million for information about schemes or behavior that hurt the financial stability of a federally insured bank. Even if it is the bank itself engaging in the misconduct, FIRREA still authorizes rewards.

We have seen an uptick and federal enforcement actions against banks. Frequently banks are fined because they were caught violating federal anti-money laundering rules or for facilitating Ponzi schemes.

Earlier this year, the Financial Crimes Enforcement Network (FinCEN) and the Office of the Comptroller of the Currency (OCC) fined Gibraltar Private Bank & Trust Co. a combined $6.5 million. FinCEN levied a $4 million fine for failing to stop or report $558 million in suspect transactions between 2009 and 2013. The OCC levied a $2.5 million fine for similar violations.

Gibraltar was owned partially by Rothstein. Today Rothstein is serving a 50 year prison sentence for running a $1 billion Ponzi scheme from his now shuttered law firm. Banks that look the other way when big investors engage in misconduct are just asking for trouble.

The Bank Secrecy Act is an anti-money laundering measure that requires banks to file Suspicious Activity Reports when certain thresholds are met. These reports give feds an early heads up of behavior or activity that should be investigated. While the filing of a Suspicious Activity Report does not mean a crime has occurred, the reports put Treasury investigators on notice. Had Gibraltar filed timely reports, Rothstein’s crime spree might have been stopped long before his losses approached $1 billion.

In levying the fine, FinCEN’s director Jennifer Shasky Calvery said, “We may never know how that scheme might have been disrupted had Gibraltar more rigorously complied with its obligations under the law. [Gibraltar’s] failure to implement and maintain an effective AML program exposed its customers, its banking peers and our financial system to significant abuse.”

It is the latter part of Director Calvery’s statement that allows FIRREA to pay whistleblower awards. By endangering itself and the banking system, the bank’s failure to follow AML rules created the perfect whistleblower opportunity.

2021 Update: Congress passed the Anti-Money Laundering Act which became law on January 1st, 2021. The new law provides for whistleblower rewards of up to 30% of whatever the government collects from the wrongdoer. Unlike rewards under the FIRREA program, there are no caps. That means rewards of 7, 8 and even 9 figures are possible. (Already the government has collected billion dollar penalties from several banks meaning rewards under the new law could be huge.)

The new program is also different (better) than existing whistleblower reward programs in that auditors and compliance professionals are eligible for a reward.

MahanyLaw is a boutique national law firm that represents whistleblowers. Although we handle all types of whistleblower cases, we are best known for cases against big banks and financial services companies. Our successful action against Bank of America resulted in the largest civil recovery in history against a single defendant, $16.65 billion. We also filed the case that resulted in a $300+ million trial win against Allied Home Mortgage. To date our whistleblower clients have recovered well over $100 million in rewards. You could be next.

If you are a bank compliance officer or have inside information about banking misconduct including money laundering, call us. We have the experience, knowledge and drive to help our clients get the highest possible awards. And we don’t back down when facing off with big banks.

For more information about earning your own financial award, contact attorney Brian Mahany online, by email or by phone at (202) 800-9791.

All inquiries are protected by the attorney – client privilege and kept strictly confidential. Cases accepted worldwide. You need not be a U.S. resident to receive a reward.