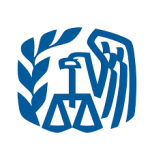 Unreported offshore accounts have long been a tool of the rich hoping to evade taxes. While the average American struggles to make ends meet, a few ultra wealthy folks think it is perfectly acceptable to stash a few million bucks in a secret foreign bank account. Worse, offshore accounts are often used by terrorists, organized crime, corrupt politicians and drug cartels. The IRS Whistleblower Program is interested in all of these folks.

Earlier this month the international financial world was rocked by the news that a prominent Panamanian law firm, Mossack Fonseca, had been hacked. The so-called Panama Papers contains about 11.5 million documents detailing information on 214,000 companies. Many of those companies are “nominees” or shell companies. Simply a device to park money and shield one’s identity from regulators.

Owning a foreign account is not illegal in most countries including the United States. We live in such a mobile economy that many of us have businesses interests or families in other countries. Some people simply fear the banking system and don’t want all their cash in one country. The IRS and many other tax authorities say that is legal… as long as you disclose the offshore accounts. Hiding money, not paying taxes or using shell companies with no legitimate business purpose is a crime.

The IRS Whistleblower Program pays cash awards to anyone with inside information about people or businesses trying to illegally underreport their federal taxes. Awards have been given for information about illegal tax shelters, paying workers under the table and helping people illegally set up foreign accounts.

Mossack & Fonseca has denied any wrongdoing. We know, however, that many folks believe they actively helped people create shell companies in Panama and in other countries simply to evade taxes. Already, the Panama Papers have caused one world leader, the Prime Minister of Iceland to resign.

Although the Panama Papers were released on April 3rd, that news is now old. We are looking for whistleblowers to identify the next Mossack Fonseca. It may be another law firm, an intermediary, a planning firm or even a bank. And it could be anywhere in the world. (We suspect the next big disclosure will come from Panama, the British Virgin Islands, the Caymans, India, Liechtenstein, Luxembourg, Hong Kong, Singapore or the Isles of Man, Jersey or Guernsey.

Some rumors have indicated Intertrust or TMF, both from the Netherlands, have helped people hide their assets. At this point, those are only rumors.

The data in the Panama Papers was hacked and later published by the International Consortium of Investigative Journalists. There is no indication that anyone sought an award from the IRS whistleblower program.

If you have inside information about any business or bank helping people evade taxes, give us a call. Our whistleblower clients have received over $100 million in award monies.

The IRS whistleblower program pays money to people who blow the whistle on persons who fail to pay the tax that they owe. To qualify you must have inside information. If the IRS uses your information, it can award up to 30 percent of the additional tax, penalty and other amounts it collects. There is also no requirement that you be a U.S. citizen or resident.

A recent tax court decision has called into question the offshore penalties that can be included but we still believe that “million dollar plus” awards are still likely.

Unlike some other whistleblower programs, the IRS has a great track record of keeping your identity confidential. While there can be no guaranties, we can help insure that your identity remains secret.

Don’t let others get away with cheating the system. Especially when some of the cheaters may also be criminals.

For more information, contact attorney Brian Mahany at or by telephone at (202) 800-9791 You can also visit our IRS offshore whistleblower page. All inquiries protected by the attorney – client privilege and kept completely confidential.