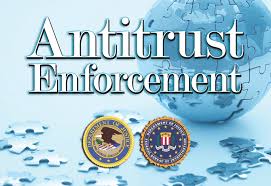 Whistleblower Rewards for Information on Price Fixing? Absolutely if the Government is One of the Victims.

The U.S. Department of Justice has indicted yet another shipping company executive. Mauricio Javier Garrido Garcia (Garrido), a Vice President of Compañia Sudamericana de Vapores S.A. (CSAV), was indicted today for criminal conspiracy. Prosecutors say that Garrido conspired with other shipping companies to rig bids and fix prices. He is the eighth person to be indicted. Four are now in prison and three others are fugitives. Because the government is a big purchaser of shipping services, there are ample whistleblower opportunities to help the government and earn big cash awards.

Garrido was CSAV’s vice president in charge of roll on, roll off container shipping. The shipping industry generally has four types of vessels, container ships, tankers, bulk carriers (grain and ore) and “roll on, roll off”. Container ships are quite popular as goods are placed in containers that can be lifted on to waiting trucks or rail cars. The so called “RORO” ships go the next step and allow wheeled cargo such as new cars and semi trailers to be driven directly on or off the boat without the need for cranes.

As part of a global conspiracy to fix prices, the Justice Department says that Garrido and the other conspirators would have regular meetings where they agreed to allocate customers and routes to certain carriers. Instead of having free choice, only a specified carrier would bid on certain business. The lack of competition caused prices to increase.

The indictment also says that Garrido and the others agreed to fix prices and not compete with one another.

By rigging bids and fixing prices, customers wind up paying more than they should. That, of course, has a trickle down effect and raises the prices for consumers.

In announcing the newest indictment, a Justice Department spokesperson said, “This long ­running conspiracy restrained trade in one of the main channels of international commerce. Today’s indictment further demonstrates the division’s commitment to holding accountable ocean­ shipping executives who participated in this scheme.

The widespread investigation against trans ocean shipping is a joint effort of the Justice Department and FBI. An FBI agent commented this morning, “These charges brought today…  outline a deceptive scheme to destabilize competition in the marketplace.”

Because the government is a big purchaser of shipping services, price fixing becomes an ideal whistleblower opportunity. The federal False Claims Act pays whistleblowers with inside information about fraud involving a government program or funds an award. The award is typically between 15% and 30% of what the government collects. Because the law provides for triple damages, whistleblower awards can become quite large. (Two of our whistleblower clients have received approximately $50 million each!) In this case, CSAV and two other shipping companies have paid over $136 million in fines.)

It is probably too late to bring a whistleblower complaint against CSAV. We know that the government suspects other companies of price fixing, however. We also believe that this same behavior takes place in other industries too.

Whistleblowers under the False Claims Act are protected against retaliation and can remain anonymous while the government investigates (sometimes longer).

Need more information? Please contact us by phone or email. All inquiries are protected by the attorney – client privilege and kept confidential. The privilege remains even if you never hire us. If you are getting ready to blow the whistle on a powerful company, make sure you have experienced whistleblower lawyers at your side. Lawyers that are also not afraid of huge multinational corporations.

For more information, visit our cornerstone content on antitrust whistleblower rewards. Ready to see if you qualify for a reward? Contact attorney Brian Mahany at or by telephone at (414) 704-6731 (direct). You can also download our free 11 step guide to blowing the whistle. No name or email address needed either!