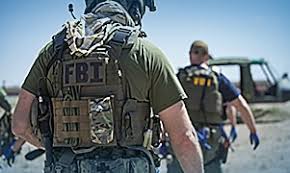 From Medicare Fraud to Witness Tampering and Murder. Twice! One of the Craziest Cases We Have Seen Yet

[Post updated June 2019 and May 2021] Readers of this blog know that we have long claimed that Medicare fraud is not a victimless crime. Often patients are harmed, receive substandard care or receive treatments and drugs they do not need simply so some doctor or clinic operator can bill more money to Medicare.

Obviously, these schemes also hurt taxpayers. Medicare and Medicaid are funded with tax dollars. Your money and my money. But murder?

Our story starts with Harry Crawford, the 56-year-old owner of RX Resources and Solutions (RXRS), a Baltimore, Maryland durable medical equipment supplier. RX is a big supplier of incontinence supplies.

Prosecutors established that in May of 2013, Crawford loaned his “buddy” David Wutoh $6,000. Apparently Wutoh promised a ridiculous rate of return on the money. A few months went by without payment. During one cell phone text message conversation, Wutoh texted, “Battery dying.” Crawford replied, “You will be also.”

It’s hard to read context or emotion into a text message but prosecutors were later able to determine that Crawford and an accomplice used their phones to “harass and threaten” Wutoh to repay his loans. (The accomplice also loaned money, $15,000 with a promise of $20,000 return.)

So far, this sounds like petty nonsense. A bunch of greedy men involved in some sort of loan sharking deal.

On September 22,2013, David Wutoh was shot to death in the living room of his home by an assailant who fired the shots through a front window.

Using cell phone records, prosecutors were able to determine the accomplice’s whereabouts. Cell phones constantly “ping” nearby towers allowing forensic technicians to trace a suspect’s route and whereabouts as long as his or her phone was powered up.

The accomplice, 34-year-old Matthew Hightower, was convicted earlier this fall of murder and extortion  by a jury in Baltimore. Hightower was a delivery truck driver working for Crawford and RXRS. (More on Hightower below!)

So what happened to Crawford?

Baltimore County cops interviewed many witnesses in connection with Wutoh’s murder. As they examined cell phone records, they figured out that Wutoh had borrowed money from Hightower and Crawford. When police questioned Crawford, however, he denied the outstanding loan with Wutoh or his efforts to collect that loan.

Lying to cops may have been Crawford’s undoing.

Police and federal agents executed a search warrant on Crawford’s home in February of 2014. They found $60,000 in cash and patient records from RXRS. A similar raid of the business found “emails documenting a criminal plan at the inception of RXRS, and fraudulent delivery tickets from December 2013 and January 2014.”

From the records at Crawford’s home and the emails at the business, prosecutors and agents pieced together a massive Medicare fraud scheme involving incontinence supplies billed to Medicare but never provided to patients. The scheme cost taxpayers about $1.2 million.

Of course, like many other fraudsters (including Al Capone), Crawford didn’t pay taxes on his ill-gotten gains. And what was the money used for? Travel, mortgage payments, restaurants… the things that you and I work hard to enjoy.

Crawford pleaded guilty this week to single counts of healthcare fraud (Medicare fraud), failing to pay taxes and collection of a debt by extortionate means. He faces 35 years in prison when sentenced in March of 2017. Crawford was allowed to remain free on bail. His guilty plea came on the heels of a hung jury at trial.

The indictment facing Crawford contained 22 charges. It is not unusual for prosecutors and defendants to agree to a plea deal instead of facing another long trial. Crawford pleaded to just 3 charges instead of facing many more at a retrial.

There were lots of twists and turn in this case and it isn’t over. The delivery driver, Hightower, is still facing Medicare fraud charges and a second accomplice is still awaiting trial. Elma Myles, the RXRS billing clerk, is also charged with Medicare fraud.

We wrote this post in November 2016. That was just after Crawford was reindicted on new charges of extortion and loan sharking. Unlike healthcare fraud, federal law considers these crimes of violence.

At a detention hearing in late 2016, Crawford, who had been released on bail, was remanded into custody. The court changed its mind and decided that he was a danger to the community.

Ultimately Crawford pleaded guilty to three counts and was sentenced to 12 years in prison. Not happy with his prison sentence, he appealed. In early 2018, the U.S. Court of Appeals in a one paragraph order said that Crawford had waived his right to appeal as part of his plea deal. In October of 2018, the U.S. Supreme Court declined to take a further appeal.

Witness Tampering and Another Murder!

We thought this story ended after Hightower and Crawford’s conviction. That Hightower was convicted of murder makes this story rare and extraordinary. Witness intimidation is extremely rare. As a former prosecutor, the only times we heard of witnesses being intimidated or threatened was in gang cases (including biker gangs). The “snitches need stitches” mentality never extends to Medicare fraud.

Obviously, it did here.

And what makes this case extraordinarily rare is that while Hightower was awaiting trial for murder, two of his friends apparently killed an alleged witness against him!

The Department of Justice says,

“[Davon] Carter and [Clifton] Mosley conspired to kill a witness who had provided information to law enforcement about a good friend of Carter’s, Matthew Hightower.  In June 2015, Hightower was charged federally in a health care fraud scheme.  While on release in the health care fraud case, the federal grand jury began investigating crimes of violence for which Hightower was implicated, including the murder of David Wutoh.  In July or August 2015, Hightower learned the identity of the health care fraud whistleblower (the witness) who also had incriminating information against him relating to the Wutoh murder.  Contrary to his release conditions, he began communicating with witnesses who had been in the grand jury.  All the while, Carter and Mosley remained in frequent and regular contact with Hightower.

On April 19, 2016, the grand jury returned a sealed superseding indictment against Hightower charging both Hightower and Harry Crawford and with extortion and using interstate facilities for extortion resulting in the death (murder) of David Wutoh.  Ten days later, the government filed a motion requesting revocation of Hightower’s release conditions based on the new charges and his prohibited contact with grand jury witnesses.  The motion was granted on May 4, 2016 and Hightower was detained.  Hightower was ultimately convicted of extortion resulting in Wutoh’s murder by a federal jury on September 22, 2016, after a seven-day trial and was sentenced to 380 months in federal prison.

While Hightower was detained, Carter assumed responsibility for Hightower’s marijuana distribution business, and engaged in direct communications with the source of supply.  Carter also collected money and ran other errands for Hightower.

The evidence showed that on May 27, 2016, Ms. Ashburne was murdered in the early morning as she got into her car outside the home she shared with her mother in the 2900 block of Rosalind Avenue in Baltimore’s Cylburn neighborhood.  The police reported that an unknown male approached and shot Ms. Ashburne in the upper body as she tried to run.  She was not robbed.  At the time, the police also released a video they said showed the suspect running away from the scene.

The witness lived next door to Ms. Ashburne.  The witness contacted law enforcement to report the murder and that she believed she was the intended target.  The investigation showed that Mosley’s phone was in the area at the time of the murder and in contact with Carter’s phone.  In addition, vehicles owned by the mother of Carter’s girlfriend and by Hightower were captured on surveillance video driving slowly through the area as if the driver were looking for someone.  The evidence at trial established that Carter and Mosley each drove one of the vehicles.

Thankfully both Carter and Mosley were convicted.

On May 20th, U.S. District Court Judge George Hazel sentenced Carter to four consecutive life terms. Jurors convicted him of two counts of conspiracy to murder a witness and one count each of witness retaliation murder and witness tampering murder. Mosely has not yet been sentenced but also faces mandatory life imprisonment.

The Truth About Whistleblower Retaliation

Sadly about one third of whistleblowers face some sort of retaliation. In fact, that is the one of the biggest reasons people seek a lawyer. After complaining internally about misconduct or fraud, they are fired, demoted, ostracized or transferred to Timbuktu.

The federal government and most states have very stringent whistleblower protections for whistleblowers who face negative employment consequences for speaking up about fraud and waste. (We encourage would-be whistleblowers to speak to us before speaking up at work. It is easier to protect you while you still have your job than when you come to us 6 months later!)

Retaliation is one thing, but physical harm or murder?

Never as a whistleblower lawyer, law enforcement officer or prosecutor have I seen witness tampering in a whistleblower case. This case, however, is proof that it can happen.

What are the risks? Despite this case, we think the risks are still extremely remote. What makes the case above different is that in addition to Medicare fraud, these clowns were involved in street level crimes too. The typical hospital executive or cancer doctor doesn’t moonlight slinging crack on street corners on his or her days off.

By coming to us first, we can review your case and determine if there are any unusual risks that may apply to your case. That way you can make an informed decision before making a claim.

Most Medicare fraud cases come to light when an employee or concerned “insider” blows the whistle on fraud. This case obviously is the outlier. If what prosecutors say is true, it appears that all the insiders had their hand in proverbial cookie jar and were stealing from taxpayers. Whether all were involved in the murder we will probably never know. Only Hightower was convicted for his role in the death.

Billing clerks, delivery drivers, nurses, doctors, even patients… anyone can be a whistleblower if they have inside information involving misuse of tax dollars. Under the federal False Claims Act, the Justice Department and courts can pay awards of up to 30% of whatever the government collects from wrongdoers. Million dollar awards are common.

If you have inside information about Medicare or Medicaid fraud, give us a call. We will help you determine if you have a case and can investigate and file the required lawsuits to collect an award. We don’t charge any fees unless we recover money for you and our services are always confidential.

Worried about retaliation? Whistleblower retaliation is illegal. We can also help you collect damages should you be wrongfully demoted or terminated.

For more information, contact attorney Brian Mahany online by email or by telephone at 202.800.9791. You can also visit our Medicare fraud information page. All inquiries are protected by the attorney – client privilege and kept strictly confidential. To date, our whistleblower clients have received more than $100 million in awards. Cases accepted nationwide.