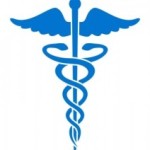 Medicaid fraud costs taxpayers an estimated $17.5 billion per year. Add in Medicare fraud and the costs could be well over $50 billion per year. Congress and regulators have been trying to stop the fraud and save taxpayers money. The Affordable Care Act (“Obamacare”) required state Medicaid agencies to integrate special coding safeguards into their payment systems by October 2010. Over 5 years later, 10 states have yet to so.

To combat Medicaid fraud, Congress said that all states would have to implement the Medicaid National Correct Coding Initiative. Called NCCI, the edits are designed to encourage healthcare providers to properly code correctly. The edits will otherwise deny fee-for-service payments for services that don’t meet minimum medical or billing standards.

As an example, the coding edits would automatically deny reimbursement if the same patients reportedly had his or her gall bladder removed twice.

Five years later and 10 states have not yet implemented the safeguards. Of those 10 states, two had not done anything. Lest you think that the edits are simply more paperwork or bureaucracy, however, the states that did implement saw a reduction in improper Medicaid payments.

Oklahoma is one of the 2 states that did nothing. They told federal auditors that they had implemented their own system to reduce Medicaid fraud. Unfortunately, federal law requires states to adopt the federal safeguards. Worse, auditors say that the state’s own safeguards failed to stop improper payments that would have been caught by the federal NCCI system.

Illinois claims they implemented some of the coding edits but sent any positive findings for manual review. As envisioned by Congress, the NCCI coding safeguards would automatically would stop flagged payments without the need for any human intervention.

Do the coding safeguards work? Of the 40 states that have implemented the safeguards, all reported some savings. One state reportedly saved $127 million in just one three month period.

Medicaid fraud is a national problem. Coding edits won’t stop fraud but it certainly can eliminate duplicate payments for the same procedure.

Budgetary cuts have slashed audit budgets. Currently the Centers for Medicare and Medicaid Services can only audit just a small fraction of one percent of providers annually. The lack of a meaningful audit program means that greedy providers can get away with fraud for years before getting caught, if they are ever caught.

Whatever you call these lawsuits, under most False Claims Act statutes, awards of up to 30% can be paid to insiders who come forward with information about Medicaid fraud. Technically, a patient can qualify as an insider but most successful claims are brought by present and former healthcare workers.

Another benefit of the False Claims Act is the anti-retaliation protection afforded to whistleblowers.

If you believe you have inside information about Medicaid fraud, call us. Our whistleblower clients have already recovered in excess of $100 million in award monies.

For more information, contact attorney Brian Mahany at or by telephone at (414) 704-6731 (direct). Even if you are not sure if the information you have qualifies you  for an award, just ask us. Not ready to call us? Visit our Medicare fraud information page.

All inquiries are protected by the attorney – client privilege and kept strictly confidential. The consultation is without obligation and you never have to pay unless we collect money for you.