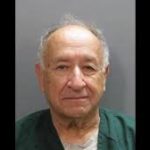 Is Dr. Howard Schneider a Monster that Abuses Kids? A Medicaid Fraud Thief?

What kid likes going to the dentist? For most parents, dragging kids to the dentist is part of parenting. Kids don’t like to go but having clean and healthy teeth is a necessity. We trust pediatric dentists to take care of our kids. Today, however, one Florida dentist is under arrest and being called a monster. One of his dental assistants has also been arrested.

Dr. Howard Schneider of Jacksonville, Florida was one of the highest paid dentists in the state. What is more amazing is that he is a Medicaid dentist. Many dentists won’t take Medicaid patients because the pay is so little. Schneider, however, was pulling in more than a million bucks a year from Florida’s Medicaid program.

According to news reports, over 100 parents have sued Schneider. The parents say he abused their kids and extracted perfectly healthy baby teeth simply so he can bill more to Medicaid. The State of Florida must have been listening since they have now charged Schneider with 11 felony counts of Medicaid fraud.

An assistant, LaTosha Bevel-Hillsman was also arrested. She faces charges of child abuse, Medicaid fraud and practicing dentistry without a license. The latter charge stems from an allegation that she performed a surgical dental procedure on a child even though she is not a dentist or medical doctor.

Although he denies any wrongdoing, Schneider reportedly settled all 131 lawsuits against him. He also surrendered his license to practice dentistry before the state dental board could investigate him. That doesn’t make the criminal charges go away, however.

Schneider’s lawyers now say that he is not guilty by reason of mental defect. If his “insanity” defense sticks, many parents will never know what really happened.

In a rather bizarre twist, Schneider reportedly said in response to the lawsuits that he always used anesthesia. We think that statement is sick and was meant to minimize his roles in these alleged assaults.

Schneider’s problems began when a parent of a 6-year-old toddler took her daughter to have a tooth pulled. The mother was shocked when she learned that the dentist had pulled of the child’s front teeth. That mom soon started a “mobile billboard” and FaceBook campaign, the latter which went viral.

A parent of a three year old posted a gruesome video on FaceBook which attracted 100’s of thousands views.

The mother of the 6-year-old told reporters that “It’s affected us big time, from the whole situation of her not trusting male figures, including her father, the PTSD, nightmares at night, pain in her mouth, trusting her new dentist and (orthodontist), it’s affected her a lot. Her speech in school and at home, her eating habits in every way possible.”

Schneider faces five years on each of the 11 counts. At age 78, he could certainly spend the rest of his life behind bars. (Federal Medicare fraud charges are punishable by 10 years in prison, double if a patient was harmed.)

This case was initiated by concerned parents. The mere fact that 131 parents have successfully sued so far suggests that Schneider’s scheme went on for years. Usually Medicaid fraud schemes come to light when a billing clerk, nurse, technician or doctor comes forward and blows the whistle on the wrongdoer. Unfortunately in this case, it appears that at least one of the technicians may have been complicit in the fraud.

Congress and the state legislatures in 29 states (including Florida) have enacted False Claims Act statutes that pay large percentage whistleblower awards to insiders who step forward and report the fraud. These same laws also have powerful anti-retaliation provisions that can pay even more and can help people keep their job.

Being a whistleblower isn’t easy but neither is it easy for these kids, many of whom apparently had their mouths wrecked by Schneider and his cohorts. Many people think that Medicaid fraud is a victimless crime. Assuming the allegations of this case are true, it is obvious there are often victims.

Florida, like all states, has a Medicaid fraud hotline. Calling the hotline, however, doesn’t get you an award. To claim an award under the False Claims Act in most states, one has to file a sealed lawsuit in court. After investigation the government or the whistleblower’s only lawyers can prosecute the case.

Need more information? Give us a call. All inquiries are protected by the attorney – client privilege and kept confidential. For more information, contact attorney Brian Mahany at or by telephone at (414) 704-6731.