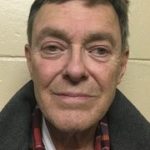 Don’t think that people charged with Medicaid fraud only wear white lab coats. Home health aides, billing specialists, pharmacies, hospitals, third party billing companies, patient recruiters and yes, lawyers have all been charged with Medicaid fraud. This post details the prosecution of a New York attorney as well as a husband and wife owner of several so-called “three quarter” houses. If convicted, the trio could receive 25 years in prison.

The prominent 74-year-old attorney for the Village of Island Point*, Anthony Cornachio, has been charged with Medicaid fraud and money laundering. Prosecutors say he paid hundreds of thousands of dollars in kickbacks to a husband and wife owner of several Brooklyn flop houses, Yury and Rimma Baumblit. Both are in their 60’s. Given their ages, whatever sentence they receive if convicted could become a life sentence.

Anthony Cornachio is a lawyer by profession. In his spare time, however, he owns and operates two drug treatment programs. In many states, including New York, it is not uncommon that people seeking treatment for substance abuse receive Medicaid.

*[There is no suggestion that the Village of Island Point is involved in the Medicaid fraud scheme.]

Prosecutors claim that to get more patients in his program, Cornachio paid kickbacks to the Baumblits. The couple would then force their tenants to attend one of Cornachio’s programs. It didn’t matter whether the tenants needed the treatment. According to the court complaint, tenants either went or faced eviction.

Kickbacks are illegal under federal and state law. The federal Anti-Kickback Statute is a criminal law that prohibits the exchange of anything of value in an effort to induce the referral of federal health care program business. It doesn’t matter whether you paid, received, solicited or offered the bribe. New York has a similar law.

Since Medicaid is financed with state and local tax dollars. Any misuse of Medicaid dollars hurts taxpayers everywhere.

In announcing the arrests of Cornachio and the Baumblits earlier this month, New York Attorney General Eric Schneiderman said, “We allege that the defendants engaged in a deliberate scheme to exploit those struggling with substance abuse in order to line their own pockets with millions. Medicaid cannot serve as a personal piggy bank for criminals and fraudsters who have little regard for the well-being of their fellow New Yorkers.”

The head of New York’s Department of Social Services says that forcing residence to seek treatment they may not needs shows “an absolute disregard for human dignity.”

Earlier this year, the Baumblits were indicted on similar Medicaid fraud charges in a different case. Prosecutors say that in the prior case, the couple is also charged with participating in a kickback scheme in exchange for patient referrals. Because they have other charges pending, the couple is being held and is unlikely to be released before trial.

As regular readers know, we would be remiss not to remind everyone that all subjects are innocent until proven guilty. Simply because some defendants are denied bail or are unable to make bail doesn’t mean they are guilty of a crime. Only the judge and jury can determine guilt. The Long Island Herald reports that Cornachio maintains his innocence and told reporters, “These were long-term street addicts, sleeping in subway tunnels, doorways, committing larceny to pay for the drugs, prostituting themselves.”

The federal False Claims Act is an 1863 vintage fraud recovery statute that remains the government’s main fraud tool today. The law is responsible for collecting billions of dollars each year. Under the statute, a whistleblower with inside information about Medicaid or Medicare fraud can receive up to 30% of whatever the government collects from the wrongdoer. In 2014, the government paid out $435 million in awards. (Our clients received $100 million in 2014 –  2015.)

Getting an award requires that you have inside, “original source” knowledge of fraud involving federal funds or programs. In a healthcare fraud case, that means the fraud must involve Tricare, Medicaid or Medicare.

The law also generally requires that the whistleblower be the first to report the fraud.

The Next Whistleblower Award Could Be Yours

Fraudsters should not be allowed to using the Medicaid system as their own personal “piggybank.” As the provider of last resort, the Medicaid fund is constantly stretched thin. Some patients face long waits to find treatment. Forcing patients to go treatment sessions that they don’t even need hurts taxpayers and patients. The only ones benefitting are usually the fraudsters.

Have information about Medicare and Medicaid fraud involving kickbacks? Our False Claims Act whistleblower clients have already collected millions of dollars in award monies. Call us for a no obligation, no fee consultation. Our goal is to help you stop the fraud, protect you from retaliation and insure that you the maximum possible award.

We will gladly investigate, file and prosecute the whistleblower lawsuit on your behalf. You never owe us any legal fees or costs unless you recover money.

Need more information? Visit our Medicare fraud page. Better yet, contact attorney Brian Mahany at or by telephone at (414)-704-6731 (direct). All inquiries protected by the attorney – client privilege and kept confidential.