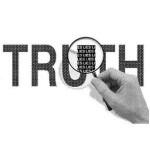 [With August 2019 Update Below] Back in 2014, we wrote a blog post about FSC Securities. At that time, the company was ordered to pay almost $1 million after a customer dispute was heard by an arbitration panel. The customer claimed that FSC failed to properly supervise its brokers and that brokers were making unsuitable investment recommendations.

FSC Securities refused to settle the case. Instead, they asked for the case to be dismissed. The panel sided with the customer, however, and after a four day trial the firm was ordered to pay $596,313 and an additional $247,424 in attorney’s fees.

FSC has a checkered past. Still, we hoped the company would better protect its customers and clean up their act. Deep down, however, we suspected there would be more claims to come.  Our good friends at Chapman LLC have a new claim against FSC and today we heard directly of yet another potential case.

As we investigate more, we are seeking information from customers of the San Antonio branch of FSC Securities and customers of Ronald J. McLane, a long time stockbroker who may also be a manager there.

We have been informed that McLane is misrepresenting annuities to customers. Many of the customers in San Antonio are military members and are not considered large investors. A single case may not be large enough for a lawyer to take but if what we heard is correct, there are other customers that may have also have suffered losses from unsuitable annuity sales. In fact, looking at public records from the Financial Industry Regulatory Authority – FINRA – there is at least one other person who has made a complaint in recent months.

Stockbrokers and their employers (brokerage firms) are required to report customer complaints, arbitrations, lawsuits, regulatory actions and criminal cases. McLane has not been found guilty of anything but the potential client we spoke with is adamant that others have also suffered losses.

Stockbrokers have a legal duty to only make recommendations that are suitable for their clients. Annuities often have large surrender charges that can last for years. If you need access to your money, an annuity may not be a good fit. Brokers like them, however, because they pay big commissions.

Whenever we learn of potential cases with losses under $50,000, we often try to verify the complaints and find others with similar problems. Cases such as this are usually not isolated incidents.

Assuming that Ronald McLane did cut corners, FSC Securities can be liable for his misdeeds because they have a duty to supervise their employees and agents.

Nationwide, improper annuity sales have resulted in millions of dollars of losses for investors. Some brokers improperly recommend them, others fail to explain how they work, the commissions and surrender charges.

If you lost money in an annuity sold by FSC Securities, by Ronald McLane or lost money from the San Antonio office of FSC, we want to speak with you. Even if you do not wish to pursue your losses, any information we gather may be useful in helping others.

Update 2019 – We usually go back and check on stockbrokers and their employers. We are happy to report that despite hearing complaints about Mr. McLane and FSC Securities, there is not a blemish on McLane’s record since we first wrote this post 3 and one half years ago. The disclosures on his record, although customer complaints, are rather small.

FSC, however, has not faired as well and is the subject of ongoing investigations by us. (See the link above.)

For more information, contact attorney Brian Mahany at or by telephone at (414) 704-6731 (direct). All inquiries are kept confidential.

(A copy of Ronald Joseph McLane’s 2016 record can be found here.)