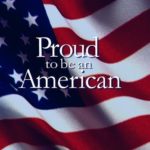 Saluting Whistleblowers on the Fourth of July – America’s “Other” Heroes

The year was 1976. I was not quite 18 years old and already in college. I remember being home for the summer and watching the tall ships sail through New York Harbor. Although spirits were high for the Bicentennial, the overall mood of the country was somber. Less than a year earlier, we watched the fall of Saigon and the loss of the Vietnam War.  Our last image of the war was the TV pictures of Americans fleeing the U.S. Embassy by helicopter. The year before, we watched Richard Nixon leave the White House for the last time.

Over the last 40 years, America has had its ups and down. Currently we are in the midst of one of the most virulent elections in our history. Politicians on the left, right (and some that are simply too extreme to classify politically) would have us believe that they are the only ones who can restore our nation to its glory and greatness.

What makes America great is us, its people. Our founding fathers said in the Declaration of Independence:

“We hold these truths to be self-evident, that all men are created equal, that they are endowed by their Creator with certain unalienable Rights, that among these are Life, Liberty and the pursuit of Happiness.”

Unfortunately, throughout our history we have learned that a minority among us have tried to usurp power, to deny us our pursuit of happiness and to take what is not theirs. Greed has been with us since the birth of mankind. And we must remain ever vigilant against those folks who break our laws and who would deprive us of our rights.

In my new book, Saints, Sinners and Heroes, I refer to law enforcement and prosecutors as the “Saints.” The “Heroes” are those folks who speak up against fraud, corporate greed and profits over people.

Tomorrow we will remember George Washington, Ben Franklin, Paul Revere, Betsy Ross and all those patriots that helped give birth to this great nation 241 years ago. We will celebrate America’s birthday. Let’s not forget the unsung heroes who take risks to speak out about fraud.

We don’t often think of whistleblowers, their work is largely behind the scenes but they have been with us from the start. In 1777 when America was just one-year-old, the Continental Congress passed a special bill to protect two U.S. naval officers who blew the whistle on mistreatment of British prisoners of war.

If the Continental Army under George Washington secured our freedom from tyranny, it remains the duty of our armed forces today to keep us safe from external threats. These folks are certainly heroes who should always be thanked. (Special thanks to you Dad, a World War II P-51 pilot, ace and recipient of the Distinguished Flying Cross.)

Soldiers and law enforcement keep us safe from those who would destroy our freedoms by violence. But who keeps us safe from moral decay? Whistleblowers. And they must be thanked too.

All of us here say “Thank You” for your service and wish you and your family a happy and safe Independence Day.