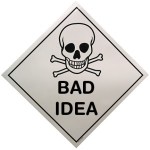 Oh those pesky patients… Some lawyers – admittedly burned out lawyers – have been known to say that the practice of law would be great but for the clients. Apparently some hospice owners feel the same way. In one of the worst hospice fraud cases ever, the FBI says that the owner of Novus Health Care Services told nurses to kill patients.

Why would someone do this? Simply for Medicare money.

According to KXAS TV, Dallas’ ABC affiliate, Brad Harris is under investigation for repeatedly telling nurses to kill patients. Reporters managed to get hold of a sealed search warrant affidavit filed by the FBI in the Northern District of Texas. At this writing, the case remains sealed but reporters managed to obtain a copy. The allegations in that court document are both startling and sickening.

Form what we can piece together, Harris owns Novus Health Care Services, a hospice provider in Frisco, Texas. Frisco is a suburb of Dallas and Ft. Worth.

According to Novus’ website, the company’s slogan is “Treating Patients the Way They Want to Be Treated.” After learning what nurses are saying, we aren’t so sure of that. (The website also claims that Novus has a “trusted group of people” dedicated to patient “comfort and care.”)

Patient care? One nurse claimed Harris told her to overdose three patients. He allegedly told another employee to increase a patient’s medication by 400%.  At a lunch meeting with other healthcare executives, the FBI claims Harris said he wanted to “find patients who would die within 24 hours.”

If your jaw hasn’t dropped yet, in a text message Harris allegedly told an employee that “you need to make this patient go bye-bye.”

Why would Harris do this? Depending on the state, hospice companies don’t always get paid more when patients remain in their facility. States that have “aggregator caps” limit how much money the government will pay.

Harris’ alleged scheme is interesting. He apparently managed to find a way to illegally profit in multiple ways. The FBI claims Harris would try to recruit patients that didn’t need hospice care. That type of hospice fraud is common nationwide. Providers troll nursing homes hoping to get people into hospice care. Harris seems to have taken the fraud to the next step… once in the door, he became concerned if they lingered too long. Then he wanted them dead.

Medicare and most insurance companies won’t pay for hospice care unless it is medically necessary. Typically, they will only pay for terminal patients who are expected to pass within 6 months. In this instance, Novus on one hand wanted to recruit patients even though they lacked a medical need. When patients “lingered,” however, Harris wanted them to go “bye-bye” by overdose.

If the allegations are true, Harris should become a patient in his own facility.

The records remain sealed and Harris has not yet been charged with a crime. We remind readers that suspects are innocent until proven guilty.

Because the records remain sealed, we don’t know how the scheme came to light. Most hospice care fraud schemes are discovered when a concerned healthcare worker comes forward. Under the federal False Claims Act and the Texas Human Resources Code, healthcare workers who come forward and report fraud involving Medicare or Medicaid dollars may be eligible for an award.

As noted above, the federal government and Texas have whistleblower reward programs. (So do 29 other states and the District of Columbia.) To be eligible for an award, one must have inside information of the fraud or scheme. Patients can qualify but often their knowledge is limited to one incident making the larger scheme difficult to prove.

To earn an award, the whistleblower must also be the first to file a sealed lawsuit. Sometimes the government will split awards when more than one person comes forward but it is safest to be first.

While under seal, the government can investigate the case and decide whether or not it wishes to intervene or turn over prosecution to the whistleblower’s own lawyers. If the case is successful, the whistleblower can earn up to 30% of what is collected from the wrongdoer.

Hospice fraud is a serious problem. Patients in hospice care are among the most vulnerable. Even if they report fraud – many are unable – chances are they will have passed long before a trial. The Justice Department, FBI, the states and we take seriously the job of protecting our elderly and vulnerable.

If you have information about hospice fraud or other misconduct involving tax supported healthcare, call us. It’s not just the money, it is the sanctity of human life.

If you know about Medicare fraud, call us. All inquiries are kept strictly confidential. To date our whistleblower clients have received over $100 million in awards. For more information, contact attorney Brian Mahany at or by telephone at (414) 704-6731 (direct). You can also visit our Hospice Fraud and Medicare fraud information pages.