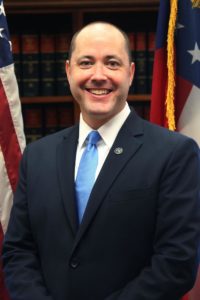 A trial court jury in Richmond County convicted Carl Wardlaw of conspiracy to commit Medicaid fraud. Immediately after the trial, Wardlaw was sentenced to 5 years in prison, the maximum under state law.

Prosecutors say that between February of 2009 and June of 2013, TWI was an authorized recipient of Medicaid monies. During this period, the company bilked Medicaid by submitting fraudulent billings and forged psychological evaluations.

Medicaid rules require that services can only be submitted for payment if medically necessary. For family counseling services, that means a physician or psychologist must certify that they are needed. In TWI’s case, the company was boosting its billings by submitting claims backed by forged or backdated evaluations. If a child wasn’t a good candidate for services, TWI would simply forge an evaluation claiming otherwise.

The investigation also revealed that TWI and Wardlaw were utilizing “patient recruiters.” These are often men and women who cruise the streets looking for homeless people. Some recruiters offer to pay nursing home staff for “referrals,” while other recruiters cruise low income neighborhoods and offer cigarettes and booze to get people to seek treatment. All of these schemes are illegal. The recruiter gets paid, the patient gets paid, the clinic gets money it isn’t entitled to from Medicaid and taxpayers wind up footing the bill.

Some say that Medicaid fraud is a victimless crime but Wardlaw’s scheme cost taxpayers $3 million.

In addition to Wardlaw, who owned the business, three other employees pled guilty before trial. A fourth employee was acquitted by the jury.

What are the takeaways here?

First, as budgets continue to get pinched, many states are getting very aggressive. In this case, not only was the practice’s owner, Carl Wardlaw, charged with Medicaid fraud, so were several of his employees and patient recruiters.

Second, healthcare practices that must pay for patients are almost always operating illegally. Paying patient recruiters is illegal. If you know of a practice that is buying its patients, something is wrong.

To qualify for an award, you must possess original source (inside) information about healthcare fraud involving state tax dollars. Since Medicaid is paid with state taxes, Medicaid fraud qualifies for cash awards. The law contains a first to file provision meaning if you are contemplating stepping forward and becoming a whistleblower, don’t waste any time in finding a lawyer to file the suit.

The Georgia Legislature understood that some greedy doctors and practices might retaliate against the employee who reports their fraud. Thankfully, the Georgia False Medicaid Claims Act contains a robust anti-retaliation provision that even pays attorneys fees.

Interested in becoming a whistleblower? Awards measured in the hundreds of thousands of dollars and even millions of dollars are not uncommon. (No attorney can accurately predict the size of an award or guarantee that a case will be successful.) Our whistleblower clients have been collected over $100 million in just the last 3 years.

Wondering if you could be next? Give us a call. For more information, contact attorney Brian Mahany at or by telephone at (414) 704-6731 (direct). All inquiries are protected by the attorney – client privilege and kept completely confidential. Not ready to call? Visit our Medicaid and Medicare fraud information page for more information.