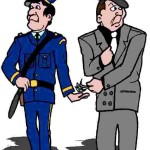 Did a Standard Chartered Affiliate Violate the FCPA by Paying Bribes to Foreign Officials?

Based in the U.K., Standard Chartered Bank is a top tier international bank with 2015 revenues of $14.6 billion. Although headquartered in London, the bank does little business in the U.K. It is mostly known as an Asian bank. Because the bank does business here and shares of its stock are available in the United States, the Securities and Exchange Commission can require the bank to comply with anti-corruption laws including the FCPA.

According to media reports, an internal audit of a Southeast Asia power plant builder (Maxpower Group Pte.) found evidence of possible bribery. The bribes were allegedly paid in order to get business contracts.

The allegations could not come at a worse time for the bank. Standard Chartered is already the subject of a 2012 deferred prosecution agreement stemming from claims the bank violated Iranian sanction rules. The bank paid millions in fines for the earlier incident and agreed to commit no further crimes. Since then, the bank has told analysts that it has tripled spending on compliance.

Ironically, the bank acquired Maxpower in 2012, the same year it agreed to the deferred prosecution agreement.

In order to prosecute the bank for the FCPA violation, prosecutors must first determine whether bribes were paid and if so, whether the bank knew about those bribes or had adequate controls in place to prevent such misconduct. The bank may find itself liable simply because they have three bank officers sitting on Maxpower’s board of directors.

The allegations of bribery concern alleged payments made by Maxpower to officials in Indonesia in order to win power contracts. There are no allegations that bribes were widespread or were paid by the bank itself. Standard Chartered say it is cooperating in the investigation and has self-reported the possible violations to authorities in the U.S., U.K. and Singapore.

Congress passed the Foreign Corrupt Practices Act in part to put an end to bribery of government officials. Most other developed countries have similar laws. Paying, offering or receiving a bribe or gift to a government official is illegal if that payment or gift is intended to obtain or retain business or avoid taxes.

Interested in learning more? The whistleblower law team at MahanyLaw has helped their clients receive over $100 million in awards. If you have information about bribes being made to foreign government officials, give us a call. All inquiries are subject to the attorney – client privilege and kept confidential.

Worried that you are not eligible because you are not a U.S. citizen? Don’t be. The SEC pays awards regardless of citizenship or residency.