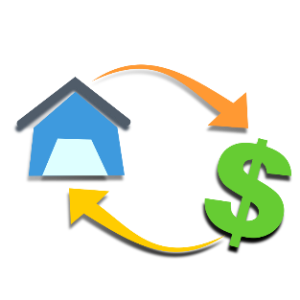 Since being purchased by Buffet in 2003, Clayton Homes has become the largest mobile home company in the United States. Now, four Congress members, consumer advocates and the Center for Public Integrity are concerned that the giant conglomerate is guilty of predatory lending and other illegal behaviors. A Seattle Times investigative report last year said that instead of providing low income Americans with affordable housing, “Clayton relies on predatory sales practices, exorbitant fees, and interest rates that can exceed 15 percent, trapping many buyers in loans they can’t afford and in homes that are almost impossible to sell or refinance.”

The four U.S. Representatives of Congress all represent urban areas with high populations of lower and middle income residents. In a letter to the CFPB and Attorney General Loretta Lynch they stopped short of accusing the company of illegal behavior but raised serious concerns about the mounting media reports of predatory lending.

Predatory lending and steering borrowers into loans they cannot afford are violations of HUD, Fannie Mae and Freddie Mac guidelines. If the mortgages are insured by these agencies, the company can face severe fines and penalties.

We expect that both the CFPB and Justice Department will take the Congressional complaints seriously. Finding evidence of wrongdoing can be difficult, however. That’s where whistleblowers come in.

MahanyLaw is a whistleblower rights law firm that protects whistleblowers and helps them achieve the maximum awards possible under the federal False Claims Act. Under this Civil War era law, whistleblowers can receive up to 30% of whatever the government collects from wrongdoers. (Our whistleblower clients have received over $100 million in awards.)

Most fraud comes to light because of whistleblowers, brave men and women who step forward to report fraud. To qualify for an award, whistleblowers must have inside information about fraud involving federal funds or a federal program. Most residential loans qualify because they are backed by the FHA, the VA, Fannie Mae or Freddie Mac.

Call to Action for 21st and Vanderbilt Mortgage Whistleblowers

Anyone who worked at Clayton Homes, Vanderbilt Mortgage or 21st Mortgage may be eligible for an award if they possess knowledge of wrongdoing. Federal law also protects whistleblowers from retaliation.

While most homeowners pay mortgage interest of 4% or less, buyers of Clayton Homes pay rates that frequently exceed 8%. Historically mobile home mortgages have higher default rates but many question the rates charged by Vanderbilt and 21st and claim that Clayton routinely lures buyers with promises of low payments. Once in the door, buyers are steered to higher interest loans and told they can later refinance.

To the extent that these loans are backed or guaranteed by taxpayers, whistleblowers can receive an award for their information. Whistleblowers also gain the satisfaction that their efforts helped taxpayers save money and prevented further corporate greed and corruption.

To claim an award, whistleblowers must file a sealed lawsuit in federal court. The government then has the opportunity to investigate the complaint in secret. Ultimately, the government or the whistleblower’s attorney can prosecute the case once unsealed.

We welcome these cases and welcome the opportunity to help whistleblowers stop fraud against taxpayers and vulnerable homebuyers. We charge fees on a contingent basis meaning we only get paid if the whistleblower recovers money.

If you have information about illegal underwriting practices at Vanderbilt Mortgage or 21st Mortgage, please give us a call. All inquiries are protected by the attorney – client privilege and kept strictly confidential. For more information, contact attorney Brian Mahany at or by telephone at (414) 704-6731 (direct).

(Looking for general information on whistleblowing? Download our 11 step guide for whistleblowers. It’s free and we don’t ask for your email address or any other information.)

December 2016: We have expanded our investigation to possible class actions against both Vanderbilt Mortgage and Clayton Homes and possibly other affiliates such as 21st Mortgage. You can read that post here.