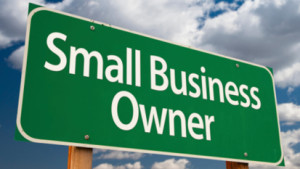 Many years ago I learned that the U.S. Chamber of Commerce does not represent most businesses. Instead, the Chamber has become beholden to a small percentage of big businesses, often businesses with terrible compliance, safety and environmental records. Unfortunately, it is these same big businesses who pay tens of millions of dollars for lobbyists and make big campaign contributions. When the Chamber speaks, it isn’t the voices of workers, taxpayers or small businesses that are heard.

Many state chambers are not much better. Only local business groups seem to get it right.

Saying that the US and state Chambers of Commerce support workers is like claiming ISIS is pro-democracy. Their agenda is almost always the opposite of the average American worker and often runs counter to their own constituency. This is especially true when it comes to overtime.

The Fair Labor Standards Act (FLSA) was passed in 1938 just as America was recovering from the Great Depression. It is the law that requires most workers be paid minimum wage and to be paid for all hours worked including overtime for hours in excess of 40 per week. Over the years, the FLSA has been riddled with exemptions. Today, managers, professionals, commission sales reps and “administrative” workers are largely exempt.

Finally, after many years of eroding workers’ rights, the Department of Labor has decided to turn back the clock, recognize the effects of inflation and insure that millions more workers are eligible for overtime. The Chamber hates this proposal. Despite their threats of legal action and late night lobbying, it appears that the Chamber is losing.

In a desperate attempt to derail the federal overtime reforms, The U.S. Chamber of Commerce issued a release claiming that the new overtime rule “threatens nonprofits and state and local governments.” Their release is accompanied by a photo of several Boy Scouts sitting by a fountain in front of the World War II Memorial in Washington DC. Boy Scouts, war heroes, the Washington Monument and an American flag – the only thing missing from the picture is a slice of apple pie.

Despite pleas to patriotism and a vague threat of financial ruin if the overtime rule becomes law, the Chamber can’t advance a single rational reason why hard working Americans should be denied pay for their work. That doesn’t stop the Chamber from trying, however.

According to the U.S. Chamber, the overtime rule could mean that a caller to a suicide prevention hotline might receive this message, “Thank you for calling our hotline, unfortunately no one can take your call right now because we cannot afford to pay overtime to our staff. Please leave a message at the tone.”

If you think the national Chamber is grasping for straws, consider the message of the Ohio Chamber. They claim that if workers are reclassified from salary to hourly (and thus eligible for overtime), they will feel “dissatisfaction and a sense of demotion.”

The arguments defy logic. Paying workers who work 50, 60 and 70 hours for their time won’t make them feel dissatisfied.

Will there be costs? Of course. Legitimate businesses, however, that have long been playing by the rules and paying their workers fairly have little to fear. For those that try to circumvent workplace wage and hour rules, however, the expenses could be great.

As of this writing, the Department of Labor is poised to introduce the new overtime rules at any moment. The Chambers, however, are busy working Capitol Hill. Sen. Tim Scott (R-SC) and Rep. Tim Walberg (R-MI) have introduced the “Protecting Workplace Advancement and Opportunity Act.” Predictably, despite the bill’s title, the legislation does nothing to protect “workplace advancement”. Instead, it suspends the new overtime rules and keeps millions of American workers from receiving fair pay.

The battle lines have been drawn. The businesses’ that are footing the lobbying expenses are those with the most to lose. They also have very deep pockets.

The Department of Labor overtime rule changes aren’t about Boy Scouts, suicide hotlines or the like. It is simply about workers getting paid for the hours they work. Workers such as customer service reps making $10 an hour but being labeled supervisors and forced to work 60 hours while being paid for 40.

Whatever happens in Congress, millions of workers are still being illegally denied overtime rates for hours worked in excess of 40 and pay for all hours worked. Some folks, particularly those in the service industry are still struggling to make minimum wage. (Tip pooling arrangements often deprive some servers from even making the current federal minimum wage of $7.25 per hour.)

If you believe you were improperly deprived of overtime or were not paid for breaks, side work, putting on and taking off uniforms, or if you believe that you are not even receiving minimum wage, call us.

Under the FLSA, you may be entitled to double back pay and to have your legal fees paid by the employer. Wage theft is a national problem. Fight back. Call one of our overtime lawyers and see if you are entitled to receive a check for back pay. There is never any legal fees or costs unless we recover money on your behalf.

Not comfortable in calling? Send us an email with the following information:

All inquiries are completely confidential and there is never a charge for services unless we recover money for you.