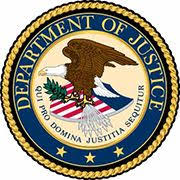 [Updated through 2021] From time to time, we post stories on those companies that we think are horrible corporate citizens. Some are polluters. Some rip off consumers. In the case of Pilgrims Pride, we give them failing grades for how they treat workers, food safety and price fixing. It’s the trifecta award that no company wants to win.

Who is Pilgrim’s Pride?

Pilgrim’s Pride is owned by a Brazilian company called JBS. According to their website, JBS is the largest supplier of “animal protein” in the world. In addition to their Pilgrim’s Pride label, they also sell to Wendy’s, KFC and other large buyers.

Where do those nuggets come from? Many of those nuggets come from Pilgrim’s Pride Corp. Based in Waco, Texas, the name Pilgrim’s Pride conjures up something wholesome and nutritious. According to a 2016 recall by the U.S. Department of Agriculture’s Food Safety and Inspection Service, however, those nuggets are anything but wholesome. The recall affects up to 4,568,080 pounds of fully cooked chicken products that may be contaminated with “extraneous materials, including plastic, wood, rubber, and metal.”

We learned that the government has now sued the company seeking to cancel approximately $75 million of food service contracts.

So how can bad chicken nuggets be turned into a whistleblower award? The answer is deceptively simple.

The federal False Claims Act pays awards to individuals with inside information about fraud against the government. If the “plastic, wood, rubber and metal” in chicken nuggets was purely an accident and unknown to the company, there probably was no fraud. Pilgrim’s Pride is no stranger to recalls and bad products, however.

In 2002, the company’s poultry products were linked to three deaths and resulted in one of the largest recalls in history.

If a company knows its products are contaminated or unsafe and continues to sell them, a whistleblower award becomes possible. We are seeking workers from Pilgrim’s Pride or JBS or one of their companion brands (Gold Kist, Pierce, etc.) or any of their competitors that know pf contaminated products being sold to the military or schools.

At first, you might think that the government wanted out of its contracts because the nuggets sold by Pilgrim’s Pride may be contaminated with “extraneous materials, including plastic, wood, rubber, and metal.” The newest action, however, is by the Department of Labor. They claim the company engages in widespread discrimination based on gender and race. And that is a great segue to the company’s labor record.

When this post was first written in May 2016, the U.S. Department of Labor had just filed an administrative complaint claiming the company has been engaged in discriminatory practices back to 2005. According to a Labor spokesperson, “The company has won millions in federal contracts, but refuses to comply with anti­ discrimination laws that apply to those contractors. When contractors accept federal funds, they agree to take steps to make sure taxpayer money is never used to discriminate in hiring or employment — something Pilgrim’s Pride has failed to do.”

The complaint is somewhat confusing in that many of the allegations appear to be very old yet the complaint is just being filed. The complaint comes on the heels of two other discrimination claims levied by the Department of Labor against the company.

The website violation tracker points to 50 employment actions against the company in the last 2 decades. We can’t think of a company with a worse track record.

In 2010, the company agreed to pay $10 million to settle federal overtime law violations.

The year prior in 2009, the company entered into a non-prosecution agreement with the the Justice Department and ICE over claims that a ” substantial number of unauthorized aliens” were working at chicken processing plants in Texas.

After the flurry of activity in 2016, we thought things might be quieting down. Then came 2020. This year coronavirus ripped through several Pilgrims Pride facilities across the United States.

Workers at Pilgrim’s Cold Spring, Minnesota meatpacking plant say are forced to work in dangerous working conditions. They claim they have  two choices — “continue to risk contracting a potentially deadly disease or be fired.” In two days the number of workers testing positive skyrocketed from 83 to 194. That number soon rose to almost 550 cases or one out of every two workers.

How Pilgrim’s Pride Workers Can Fight Back

Very often we find that companies that mistreat their workers also defraud the public and taxpayers. As we noted in our earlier post, Pilgrim’s Pride is no stranger to food safety concerns. If the company knowingly sold tainted products to the government or public schools, it could be liable under the federal and state False Claims Acts. Those laws allow a whistleblower to receive an award for coming forward with information about fraud.

In 2014, the U.S. Department of Justice paid over $435 million in whistleblower awards under the False Claims Act. States paid out millions more.

If you have inside information about contaminated products (food or drugs) to the government or in which government funds are used, you may be entitled to an award. To qualify for an award, one must file a sealed complaint in federal court detailing the fraud. The government must then investigate and decide whether to intervene or allow the whistleblower’s counsel to proceed.

Interested in becoming a whistleblower? Read our 11 step guide on blowing the whistle or contact us directly by email or by phone at 202-800-9791.  All inquiries are protected by the attorney – client privilege and kept confidential. Even if you decide not to go forward or hire us, your information remains privileged. (We accept cases in all states.)

We help workers throughout the United States get paid properly for their work. With so many meatpacking plants closed, workers in plants that remain open are working long hours. Pilgrims Pride and some other employers have a long history of so-called wage theft. The federal Fair Labor Standards Act Workers mandates that workers are entitled to a fair day’s pay for a fair day’s work. That means receiving overtime for more than 40 hours worked in a seven day period and getting paid for the time necessary to put on safety equipment at work.

Some companies lie to employees and tell them simply because they are salaried, they are exempt from overtime.

To learn more, visit our wage theft and overtime page. Ready to see if you qualify for more pay and overtime? Contact us online, by email or by phone 202-800-9791. We accept cases in all states.

One in five workers is without a job because of the COVID-19 pandemic. Hundreds of meatpacking workers are sick and unable to provide for their families. So what has Pilgrim’s Pride been up to? Prosecutors say the company’s CEO and others top industry executives were involved in a criminal conspiracy to raise poultry prices.

On June 4th, the company’s CEO, Jayson Penn, pleaded not guilty to federal price fixing charges. He was released on bail awaiting trial. In September, he left the company.

Since Penn’s departure earlier this fall, the company agreed in October to a plea deal with the Department of Justice. The agreement calls for the company to pay a fine of $110.5 million. A federal judge later approved the settlement.

In a prepared statement, CEO Fabio Sandri said, “We are encouraged that today’s agreement concludes the Antitrust Division’s investigation into Pilgrim’s, providing certainty regarding this matter to our team members, suppliers, customers and shareholders.”

In $110.5 million criminal price-fixing suit was not the end of the company’s problems. In January 2021, the company paid $75 million to settle a lawsuit brought by chicken buyers hurt by the price fixing scheme. Large chicken buyers like Chik-fil-A and grocery chains brought the claims.

Pilgrim Pride’s parent, JBS, has also recently settled claims that it fixed pork prices. In December the company agreed to pay $24.5 million and cooperate in similar cases brought against Tyson and Hormel Foods.

Price fixing claims have been seen throughout the food industry. We are currently investigating cases involving cattle prices.

The mainstream media rarely publishes information on price fixing charges. If it gets any attention it is in a one paragraph story or 15 second spot on the news. The effects of price fixing, however, are almost always felt by consumers. We wind up paying more.

We can also assist you if you have believe you are the victim of price fixing and have inside information to prove a conspiracy to fix prices or engage in other anti-competitive conduct.

Our antitrust litigation team represents businesses harmed by companies that engage in anticompetitive and illegal conduct. We can assist if you are the victim of illegal price fixing, bid rigging, group boycotts, and market allocation schemes.

The lawyers at Mahany Law have the experience and proven track record of fighting power corporate giants that engage in corruption or abuse their power.