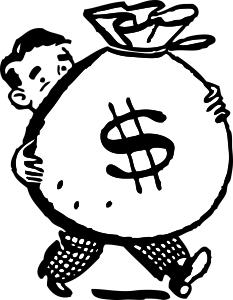 The U.S. Department of Justice just released their 2015 False Claims Act annual report. Over the past year, the government recouped for $3.6 billion for taxpayers under the Act. Not a record but still a very good year. The year also saw 632 new cases filed.

Without some background, the numbers don’t mean much. Some of the frequent questions we receive include how real are the awards? Do I qualify for an award? Do you think the government will take my case?

Hopefully this post will answer some of these questions and shed some light on how the False Claims Act works. Despite slightly smaller numbers this year, the Act remains the government’s primary weapon in the war on corporate corruption.

The $3.6 billion in recoveries is down from last year. 2014 was a record breaking year where taxpayers saw a return of $5.7 billion. Whistleblowers received $435 million in awards.

In recent years the numbers were skewed by settlements with the “too-big-to fail” banks. For example, last year’s $16.65 billion case against Bank of America marked the largest whistleblower case in the history of the United States against a single defendant. While only a billion dollars of that recovery was attributed to the False Claims Act, huge cases certainly distort the statistics.

The more troubling statistic is the number of new claims filed. We wont know much about these new cases for quite some time, unfortunately. Under the False Claims Act, cases are filed under seal to give the government time to investigate. (The sealing order also protects whistleblowers and helps them remain anonymous during the investigation.) Because cases aren’t made public right away, we don’t know much about them.

What we do know is the total number of claims filed each year. 2015 is marks the second year in a row that claim filings are down. In fact, the number of new claims filed is down near 2010 levels.

Does this mean the government has won the war on crime and corruption? Of course not. That is why we worry about the declining number of filings. Hopefully the many big awards and the court’s strong commitment to anti-retaliation will encourage more folks to come forward in 2016.

Part of the reason for the fewer filings may be the increased number of complaints going to government fraud hotlines. If that is case, the cash award numbers will continue to decrease.

Why? The only way to receive an award is to file a sealed lawsuit in federal court. Some hotlines offer token awards but none offer the huge bounties payable under the False Claims Act… bounties between 15% and 30% of whatever the government collects.

The False Claims Act typically pays the largest whistleblower awards but there are other programs that also pay awards. In terms of the total number of claims, the SEC and IRS Whistleblower programs receive thousands of claims per year. Both agencies are finally starting to pay awards as well.

Medicaid fraud awards made by the states also aren’t considered in the Justice Department’s annual report totals. Since Medicaid is significantly funded by state tax dollars, those rewards must be paid by the states. (About half the states have a state version of the False Claims Act that usually involves filing a claim in state court.)

FIRREA – short for the Financial Institutions Reform Recovery and Enforcement Act has the few claims and awards but returns the most money to taxpayers. (Our record braking $16.65 billion Bank of America case was mostly a FIRREA case.) Only the $1 billion of the recovery was attributable to the False Claims Act.

These yearly totals don’t capture the anomalies caused by huge cases and decisions within the government on banking cases of how to divide the award between FIRREA and the False Claims Act.

The takeaway from this discussion is that there are plenty of opportunities to both receive a large cash award and put a stop to corruption and greed.

Until recently, a declination letter from the Department of Justice pretty much meant the case was over. Prosecutors can decline a case for many reasons and not all of them are about the quality of the case. Certainly we have seen the Justice Department decline cases because there were insufficient facts. Sometimes, however, prosecutors decline a case because they are too busy or lack resources.

There are two types of lawyers that handle False Claims Act and other whistleblower cases – lawyers that specialize in these cases and personal injury and labor lawyers who view them as “easy money.” There is nothing easy about building a case good enough for the Justice Department to take!

We believe that many smaller law firms or personal injury practitioners are now teaming up with firms like MahanyLaw when prosecutors decline to take their cases. We certainly welcome the referral but still believe the best course of action is to find an experienced whistleblower lawyer from day one.

According to the Justice Department, private prosecutions of declined cases generated $1.1 million last year. That is six-fold record from the prior record of $175 million in 2011!

As an added bonus, the awards are generally double in size when private whistleblower attorneys elect to pick up the case after the government decline.

Overall, we aren’t concerned in the decrease this year in awards. Hopefully, the number of whistleblowers willing to come forward will not decline any further.