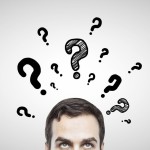 Where Was The Whistleblower? – Toshiba Accounting Fraud

“Where was the whistleblower?” That is the question asked in today’s edition of AccountingToday, a leading online tax and accounting news service. The question was being asked in connection with a massive internal accounting fraud that took place at Toshiba, a leading Japanese manufacturing company.

Evidence recently came to light that Toshiba was cooking its books. Pretax profits were boosted by at least $1.2 billion. The accounting fraud took place for 6 years, yet no one ever spoke up. Japanese prosecutors believe the fraud was so massive that many had to know it was taking place.

Although Japan has a whistleblower anti-retaliation law, it isn’t as broad as that enjoyed by American workers. The workplace culture is much different too.

Workers in Japan have strong loyalties to their employer, loyalties that continue even if the company is breaking the law or committing fraud.

Japan also doesn’t offer awards to whistleblowers like those available in the United States. Although our SEC whistleblower program is still in its infancy, there is at least the potential to receive an award if a public company engages in some form of accounting fraud. In Japan, the best you can hope for is an award for lost wages.

While whistleblower retaliation is still an unfortunate reality in the United States, many companies are being more cautious in how they deal with whistleblowers. Not too many years ago the norm was termination. Now we see more paid administrative leaves and negotiated settlements. This shift is proof that corporate culture can change if the government and courts take a proactive stance.

There is yet another possible reason why no one came forward in the Toshiba case. In the United States, the SEC does a much better job of protecting privacy. Perhaps that is one of the best protections offered here but lacking in Japan. It’s hard to retaliate if you can’t identify the whistleblower.

Although we believe whistleblowers fare much better in the U.S., there is still more work to be done. For example, we remain concerned that the SEC is too slow in handing out awards. Thousands of claims are filed each year yet few awards are given. At least in the U.S., however, there is the potential for receiving a whistleblower award when reporting accounting fraud.

Thus far our discussion has centered on whistleblower programs for reporting accounting fraud. Our strongest whistleblower law is the federal False Claims Act, a law that dates back to President Abraham Lincoln and the Civil War. That law has a long track record of both paying awards and protecting whistleblowers from retaliation. The False Claims Act, however, is only applicable if there is a fraud involving a government program or tax dollars.

If Japan wants to see more whistleblowers and avoid situations like Toshiba, the government must strengthen its whistleblower laws and begin to change the corporate culture. Otherwise fraud will continue to flourish.

Have information about fraud in the workplace? We are one of the leading whistleblower firms in the United States. In the last year our clients have received over $100 million in award monies. Even if you are outside the U.S., you may still be eligible for an award if your employer receives government funding or is traded on a U.S. stock exchange.

For more information, contact attorney Brian Mahany at or by telephone at (414) 704-6731 (direct). All inquiries protected by U.S. confidentiality rules.