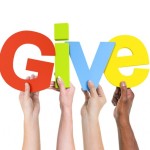 We have always said that most whistleblowers come forward because it is simply the right thing to do. Yes, the availability of monetary awards helps and those awards become essential if the whistleblower faces retaliation.

According to New Delhi television station NDTV, whistleblower Sanjiv Chaturvedi, gave the award money to the prime minister’s National Relief Fund. Press reports say it will be used for treatment of cancer patients.

We don’t have full translations of all the documents into English but from what we can piece together, Chaturvedi had difficulties in getting the government to take the money! Given his story, that was the least of his problems.

From what we can piece together, Chaturvedi was employed by the Indian Forest Service. He complained that a senior official was taking rare trees for his personal garden and that contractors were illegally poaching deer and felling trees in government forests. For his efforts, he was terminated for alleged insubordination. Like whistleblowers in the United States, retaliation isn’t uncommon.

For six long years, Chaturvedi fought to clear his name. The federal government ruled in his favor repeatedly but the defendants kept appealing and trying to make his life miserable. Ultimately, the federal government decided to criminally prosecute some of the wrongdoers. That’s where thing became very interesting.

One of those accused committed suicide. The dead man’s father initially said his son took his life because of the stress of the accusations. Later he would claim that Chaturvedi harassed his son to the point of suicide. Another investigation and Chaturvedi was cleared once again.

Corrupt local government officials weren’t happy with that result and tried four more times to have the police pursue Chaturvedi for the death. Each of those efforts failed.

Instead of being prosecuted, Chaturvedi was ultimately given an award for “exposing corruption in high places.” This is what we would call a whistleblower award in the United States. Now employed at the All India Institute for Medical Services, Chaturvedi is giving his award money to needy patients.

And that is the story. Despite earning and deserving every rupee of the award, Chaturvedi gave the award back and directed it go to cancer patients.

Whistleblowers are heroes. Few people understand the hardships they frequently must endure. While most whistleblowers don’t lose their jobs, Chaturvedi’s situation isn’t unusual.

Outside the United States, few countries pay cash awards to whistleblowers. Chaturvedi became a whistleblower because it was the right thing to do. Cash awards in India are rare.

How to Claim A Whistleblower Award in the United States

In the United States, the federal False Claims Act can pay a whistleblower award of up to 30% of whatever the government collects from wrongdoers. With triple damages under the law, awards can add up quickly.

To qualify for an award, one must have inside or original source knowledge involving government funds or programs. A contractor illegally harvesting too much wood from a national forest would probably qualify as a so-called “reverse” False Claims Act case. That is where someone doesn’t pay what they should to the government.

To collect an award, the would be whistleblower must hire a lawyer and file a sealed (secret) complained in federal court and generally be the first to file.

Interested in learning more? Call us! Our whistleblower clients have collected over $100 million in awards and every one is a hero. For more information, contact attorney Brian Mahany at or by telephone at (414) 704-6731 (direct). All inquiries are treated as quickly confidential.