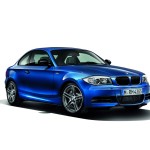 Medicare fraud is rampant in the United States and will probably get worse before getting better. With so many baby boomers now reaching retirement age, the demand for healthcare services is likely to increase.

Most healthcare professionals are honest and hardworking and almost all entered the medical field with the noble idea of helping their fellow man. Some, however, just want to line their pockets. The government claims that one such dishonest professional is Ted Cain, owner of a hospital and medical management company. His wife, Julie Cain, is also named in the government’s Medicare fraud complaint.

The case against the Cains and their business interests, Corporate Management, Inc. and Stone County Hospital, was originally filed by a whistleblower under a Civil War era law that allows whistleblowers to receive a percentage of whatever the government collects from wrongdoers.

Anatomy of a Whistleblower Lawsuit

To be a whistleblower entitled to a cash award, one must have inside information about a fraud involving a federal program or using federal funds. (Medicare and Medicaid are taxpayer funded and therefore qualify.)

Whistleblower suits under the federal False Claims Act are filed under seal in a federal court. The government is allowed to investigate the claims before deciding to intervene, take no action or seek dismissal of the case.

While the case is under seal, the case is secret. That helps protect the whistleblower from possible retaliation. In this case, the government elected to intervene and take over prosecution of the case.

The case was originally filed by whistleblower James Aldridge, the former Chief Operating Officer of the hospital.

The Case Against Ted and Julie Cain

The government claims that Ted and Julie contributed little value to the hospital yet collected exorbitant salaries. They also said Ted misallocated expenses from other business interests and attributed them to the hospital. Those actions meant that millions of dollars of Medicare monies were wrongfully funneled to the Cains.

There are approximately 1400 small Critical Access Hospitals in the United States, many of which serve rural areas. Stone County Hospital is one of those hospitals. It serves a rural population of Mississippi.

Regular hospitals receive fixed reimbursement rates but the Critical Access Hospitals are on a different formula based on their expenses. If Aldridge and the Justice Department are correct, the Cains padded the hospitals expenses thereby getting more money from Medicare.

According to the complaint,

“Defendants fraudulently took advantage of Medicare’s payment system for Critical Access Hospitals by, among other things, including in Medicare cost reports (i.e., the false claims) fraudulent expenses relating to (1) Ted Cain’s exorbitant, multi-million dollar salary that he paid himself for allegedly “managing” a small, 25-bed hospital with a full complement of professional staff also being reimbursed by Medicare to manage the hospital, (2) Julie Cain’s quarter-million dollar annual salary for allegedly serving as the administrator of that same 25-bed hospital that Ted Cain was purportedly “managing,” (3) two luxury cars, a $68,000 BMW and an $88,000 BMW, that Ted Cain used as his own personal vehicles, that were not used or necessary to provide care to Medicare beneficiaries, and that are specifically excluded by regulations from Medicare reimbursement as luxury items, and (4) Ted Cain’s extensive network of related businesses unrelated to the care at the Hospital for Medicare beneficiaries.”

Probably the most damning evidence is the inclusion of the two luxury BMWs on the Medicare cost reports. This is not a case likely to garner much jury sympathy. Unfortunately since the government just intervened in the case, it could be a year or more before a trial takes place. In our experience, however, once the government intervenes most cases settle.

Interested in becoming a whistleblower? Give us a call. For more information, contact attorney Brian Mahany at or by telephone at (414) 704-6731 (direct). All inquiries are protected by the attorney client privilege and kept strictly confidential.