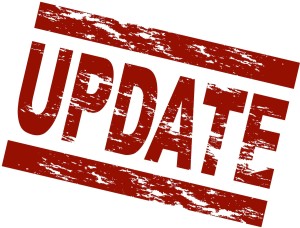 Over the weekend we were the first to report the $200 million legal malpractice against Texas legal giant Andrews Kurth. That post can be read here.  Since then we have received a few inquiries and tips too.

The inquiries seek copies of the jury verdict. We have attached both the jury charge and proposed judgment forms here.

To summarize the case, a client sued his former lawyers claiming they botched the settlement of a dispute between family members over a family owned business. The complaint charged Andrews Kurth with both legal malpractice and breach of fiduciary duty. The client, Scott Martin, says that a settlement agreement prepared by the firm was later determined to be unenforceable. Martin blamed his lawyers for the mistake and a jury apparently agreed.

According to the court’s  docket, a further hearing on the final judgment is scheduled for November 23rd.

A story yesterday in Above the Law says that Andrews Kurth has been eerily quiet about the verdict but suggested an appeal may be in the works. Martin’s lawyer issued a statement praising the jury.

We wonder how much internal emails played a role in the size of the jury’s verdict. Despite having a duty to zealously represent Martin, the complaint suggests that internal emails derided and mocked Martin. When a client sues a lawyer, normally privileged emails become discoverable.

Here we have a law firm that charged Martin millions of dollars in legal fees and ultimately lost yet at the same time lawyers within the firm may have been mocking their own client. That scenario never plays well in front of a jury.

Since writing the first story, we have heard from one Houston lawyer who says that some Andrews Kurth lawyers are already looking to jump ship. Rumors say that some partners have begun quietly looking for jobs. If true, any appeal may be moot.

This is a case that we will continue to follow.

The author of this post, Brian Mahany, represents victims of fraud and legal malpractice. Brian can be reached at or by telephone at (414) 223-0464.