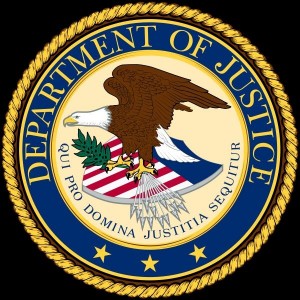 The United States Department of Justice secured a conviction against a St. Louis man accused of not reporting foreign bank accounts in Switzerland and Singapore. Raju Mukhi, age 67, was indicted last year on charges of willful failure to file an FBAR and filing false tax returns. Offshore accounts with an aggregate value of more than $10,000 must be reported annually on one’s tax return and on a separate Report of Foreign Bank and Financial Accounts or FBAR.

After pleading guilty in October 2014 to single counts of filing a false return and failure to file an FBAR, a federal judge sentenced Mukhi last week to three years probation. He remains subject to hundreds of thousands of dollars in civil penalties to the IRS.

According to the indictment, Mukhi opened an account at Swiss bank Clariden Leu. The account was originally opened in the name Sukhmani Partners II. Later he changed the name on the account to Safekeep. The government said notwithstanding the names on the accounts, Mukhi was the beneficial owner. They also say that he simultaneously opened another offshore account in nominee name at Goldman Sachs Bank – Singapore.

When completing his returns, he checked the “No” box to the question “Do you have interest or signature authority over an account in a foreign country?” Making a false statement on a tax return can be a felony as is the willful failure to file an FBAR form. Mukhi is lucky that he wasn’t also charged with tax evasion as the government often considers nominee accounts – accounts opened in another name – to be an affirmative act of tax evasion.

In announcing the convictions, the IRS issued a statement saying, “Hiding income and assets offshore is not tax planning, it’s tax fraud. We are continuing our work to crack down on offshore tax evasion.”

We don’t know how Mukhi was caught since much of the court record has been sealed. We do know, however, that the government said Mukhi never disclosed his accounts to his tax preparer and signed returns indicating he had no offshore accounts.

The sealing orders from the court coupled with the probation sentence may signal that Mukhi is cooperating with the Justice Department and IRS. The government has been rumored to be investigating Clariden Leu bank in Switzerland.

Having an offshore account in Switzerland or Singapore isn’t illegal. Not telling the government, however, may be a felony. In addition, failure to file FBAR forms can carry civil penalties up to the greater of $100,000 or 50% of the historical high balance of the account.

Have an unreported foreign account? Owe one or more years of back FBAR forms? Seek legal help immediately. Once you are in compliance, a good CPA or expat tax service can handle your yearly FBAR filings for a very low price. Some folks file file FBAR forms without an accountant; although not all tax preparation software does FBAR filings. If you are delinquent, however, the penalties are simply too high to seek compliance without a lawyer.

For more information, contact attorney Bethany Canfield at or by telephone at (414) 223-0464. All inquiries protected by the attorney – client privilege and kept in confidence. Most services can be handled for a reasonable flat fee.

Belviq, the brand name for Lorcaserin, has been withdrawn from the U.S. market after repeated fears about its links to … END_OF_DOCUMENT_TOKEN_TO_BE_REPLACED