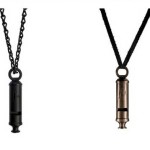 In an unusual False Claims Act case, two whistleblowers accused Fifth Third Bancorp of defrauding the U.S. Treasury by overvaluing commercial properties. By artificially inflating the value of commercial assets, the bank increased the risks to TARP and the Federal Reserve and misled both regulators and shareholders about the bank’s financial health and stability.

According to the lawsuit filed by whistleblowers John Ferguson and George Mann, roughly 20% of the bank’s $20 billion commercial loan portfolio is overvalued. That means there is no collateral for approximately $4 billion in loans on Fifth Third’s books!

Regulators require banks to conduct accurate appraisals of properties that are used to back loans. Shareholder rely on these valuations. Although the federal government does not directly back commercial loans, regulators and investors still need to know that banks have sufficient assets to remain financially healthy.

The Federal Reserve requires banks that are under-capitalized to hold more of their cash in reserve in case of defaults. Banks would rather leverage their money and use their cash to make more loans. There is a direct incentive, then, to lie about the value of collateral backing loans.

The two whistleblowers claim that Fifth Third intimidated and pressured appraisers to raise values on their appraisals. In some instances they claim the bank closed on loans without a complete appraisal.

It’s hard to measure damages in a commercial loan case since the government doesn’t insure these loans. We do know, however, that Fifth Third received $3.4 billion in taxpayer monies during the height of the financial crisis. These monies came from the Troubled Asset Relief Program or TARP.

Residential mortgages are a different story but there were also problems there as well. One of the two whistleblowers, George Mann, says that while he worked at Fifth Third, some of the bank’s appraisers were unlicensed. He says things were so bad at the bank that Fifth Third became known in the industry as “the lender of last resort” meaning everyone who applied got a loan.

Residential mortgages are mostly backed by Fannie Mae, Freddie Mac and the FHA. When a borrower defaults taxpayers are left on the hook.

In settling the case, Fifth Third agreed to pay a penalty of $85 million, all of that attributed to the residential loans. Of 1439 suspect home loans, 519 have already defaulted.

Typically banks are not required to admit guilt when settling cases. A recent policy statement from the Department of Justice suggests that the government intends on holding both banks and individual bankers more accountable. A Justice Department press release issued earlier this week says the bank has admitted its guilt and has terminated the employees responsible for the violations.

While we welcome the increased scrutiny by the Justice Department, we still wonder if any senior management were among those terminated.

In announcing the settlement, Manhattan’s U.S. Attorney Preet Bharara said, “Federal insurers rely on banks when they promise that the mortgage loans they originate are eligible for that insurance. When banks discover that some of the loans are lemons and that their promises of quality were false… they must come forward and report it promptly, so that taxpayers don’t get stuck with the bill.”

Much of the case remains sealed and the Justice Department’s statement does not say how much the two whistleblowers will be paid. Generally whistleblowers receive between 15% and 30% of whatever the government collects.

The statute of limitations on many of the financial crisis era underwriting and appraisal frauds has expired. These acts of bank misconduct, however, may still give rise to an award under the Financial Institutions Reform, Recovery and Enforcement Act (FIRREA). Although those awards are capped at $1.6 million, whistleblowers can still receive a meaningful award.

Have questions or want to learn more about becoming a whistleblower? Give us a call. In the last 12 months we have helped our clients receive over $100 million in awards. For more information, contact attorney Brian Mahany at or by phone at (414) 704-6731 (direct). All inquiries kept strictly confidential.