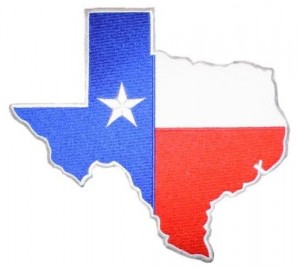 A federal district court judge in Dallas sentenced a 63-year-old physician to over 11 years in prison following his conviction for Medicare fraud. When released, Dr. Tariq Mahmood must also repay the taxpayer funded program for the monies he took.

Hospitals commonly use complex coding systems to classify patients and their ailments. Medicare and private insurance companies use these codes to determine how much they will reimburse the hospital for care. In this case, prosecutors argued that the codes used for billing were inconsistent with the actual diagnoses and conditions of the patients.

By using fraudulent billing practices, Mahmood was able to “upcode” reimbursement requests to Medicare, Medicaid and Blue Cross. That resulted in additional monies in his pocket.

If that wasn’t enough, jurors also found that Mahmood used the identities of several Medicare recipients without their consent.

Prior to sentencing, prosecutors reminded the court that “Medicare may be the pecuniary victim in this case, but so too are the taxpayers who worked each day to fund this government insurance program that was exploited by Mahmood.” They also pointed out that the illegal profits were pocketed by Dr. Mahmood and not used for patient care. While employees of the hospital sometimes had to take collections to buy food or supplies, Mahmood was ripping off taxpayers and pocketing the money.

After the sentencing last week, U.S. Attorney John Bales said, “Americans enjoy the best health care in the world and the cost for this care is expensive. What we do not need is providers like Tariq Mahmood who masquerade as physicians who pretend to care about American health care but actually are determined to loot the Medicare Trust Fund.  He is now being held to account, and I congratulate the prosecution team for a job very well done.”

It is unclear how Mahmood was caught. Medicare and the Department of Health and Human Services encourage people with information about Medicare fraud to report their suspicions through a toll free hotline. While the hotline allows tipsters to remain anonymous, reporting Medicare fraud by telephone does not entitle one to receive a whistleblower award payment.

Under the federal False Claims Act, whistleblowers can receive up 30% of whatever the government collects from wrongdoers. That law covers any type of fraud against the government including Medicare fraud. To qualify, one must have original source information about the fraud and file a sealed lawsuit in a federal court.

Last year, the Justice Department and courts awarded $635 million to whistleblowers. The majority of recipients were people who reported Medicare fraud. Our client – whistleblowers received over $100,000,000.00.

If you have information about Medicare or Medicaid fraud, give us a call immediately. We help clients stop fraud and earn the maximum possible awards. Remember, calling a hotline won’t get you an award. And going to the press may actually prevent you from getting an award because once the information becomes public; it may lose its eligibility.

For more information, contact attorney Brian Mahany at or by telephone at (414) 704-6731. All inquiries are kept in strict confidence and protected by the attorney – client privilege.