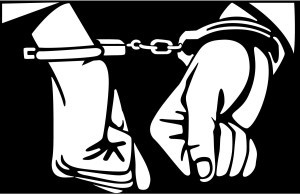 Last fall, former TD Bank regional vice president Frank Spinosa pleaded guilty to federal wire fraud charges in connection with a scheme to aid and abet a billion dollar Ponzi scheme. In December he was sentenced to 30 months in prison and must surrender next week to begin his sentence. Prosecutors said Spinosa signed “lock letters” for potential investors in Scott Rothstein’s law firm. Rothstein is today serving a lengthy prison sentence for running a massive Ponzi scheme from his law firm.

Investors often want verification that the the recipient of their investments are legitimate. Spinosa signed letters that misrepresented the amounts of money Rothstein had on deposit at TD Bank and how much access Rothstein had to those funds.

Rothstein is currently serving a 50-year prison sentence for his role in the Ponzi scheme. Prosecutors say he defrauded investors out of $1.2 billion. Investors thought they were funding litigation or advancing money on large litigation settlements. Instead, Rothstein was using new investor money to line his own pockets and to pay other investors. Like all Ponzi schemes, they eventually crash when the amount of new money can’t keep up with the interest payments and redemption demands.

To the untrained eye, the scheme certainly looked legit. Rothstein was managing a successful and well respected Florida law firm; Rothstein, Rosenfeldt and Adler. He was outwardly successful and certainly lived up to the part. Not everyone was convinced, however.

Some investors wanted more proof. They asked to know how much money Rothstein had on hand. Banks will sometimes issue “lock letters” to verify a depositor’s holdings in the bank. Unfortunately for both the investors and TD Bank, Spinosa lied.

If Rothstein’s slick marketing and outward appearances of success were not enough, getting an asset verification from a well respected bank almost always closed the deal. Although Rothstein stole the investor’s money, Spinosa made it all possible.

As noted above, investors have lost over $1 billion. Rothstein certainly can’t pay as he will likely spend his entire life in prison. His law firm can’t pay either. It collapsed shortly after Rothstein’s arrest. There is also no insurance as most policies don’t cover criminal conduct.

Who is left? TD Bank NA.

Investors have sued TD Bank saying that the bank either knew or should have known what Rothstein was doing. Typically banks respond to these lawsuits by claiming that they did not know of the Ponzi scheme and owe no special duty to borrowers or outsiders.

Since that time, the SEC has charged Spinosa. That case resulted in a consent order against him. Most recently, Spinosa has been criminally convicted of aiding Rothstein.

Spinosa’s legal woes help victims who are trying to collect from the bank. It’s now difficult for the bank to feign ignorance of Rothstein’s misdeeds since Spinosa has already admitted to wire fraud. Because Spinosa is a regional vice president of TD Bank, his knowledge of the scheme become imputed to the bank.

Often banks are the only deep pocket in Ponzi scheme and fraud cases. In almost every big Ponzi scheme, there is at least one bank that accepted the wrongdoers’ money. Mere acceptance of deposits may not be enough to hold the bank responsible for investor losses but signing phony lock letters, vouching for the wrongdoer, ignoring suspicious transactions and failing to follow federal anti-money laundering guidelines can be enough to hold the bank liable for losses.

Going after banks in Ponzi scheme and fraud cases is no easy task. Adding to the problem is the lack of qualified lawyers knowledgeable in these cases. Most lender liability lawyers represent banks and not depositors or investors.

All too frequently banks and bankers turn a blind eye to wrongdoers who happen to deposit large sums of money with the bank. With TD Bank, the problem may go well beyond Frank Spinosa. Scott Rothstein testified that there were at least three TD employees who knew about the fraud. (An interesting side note is the availability of whistleblower money under the federal FIRREA statute. A concerned bank employee who stepped forward may have earned a $1.6 million award and saved investors and the bank tens of millions of dollars.)

If you lost money in a large fraud or Ponzi scheme case, give us a call. We may be able to recover your hard earned money from banks, audit firms and even lawyers involved in the fraudulent conduct.

For more information, contact attorney Brian Mahany at or by telephone at (414) 704-6731 (direct). Many cases can be handled on a contingent fee basis meaning no legal fees unless we win.

[A copy of the Spinosa Sentence can be found here.