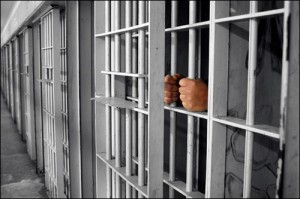 According to the indictment, Giambalvo was employed by Boeing for many years. For at least 8 of those years, he earned significant wages yet filed tax returns indicating he made no income.

The indictment doesn’t call Giambalvo a tax protester (or tax defier in IRS language), although his actions in this case certainly reflect his beliefs differ from those of the IRS. For example, Giambalvo claimed zero income. Common tax evasion schemes often involve hiding some portion of one’s income but W-2 employees usually don’t claim no income when filed W-2’s certainly show otherwise. Tax protesters, however, frequently claim that the income tax is unconstitutional or that only federal employees and residents of the District of Columbia are subject to income taxes.

At a bail hearing, a U.S. magistrate judge expressed concerns at Giambalvo’s lack of cooperation and candor with pretrial services officers. We also believe the government considered Giambalvo a tax protester since his lawyer filed a motion with the court seeking to prevent prosecutors from using that term during the trial.

Ultimately the case proceeded to a jury trial. After several days of testimony, a jury convicted Giambalvo of all counts. Earlier this month he was sentenced to 16 months in a federal prison.

In a post trial motion, Gaimbalvo’s lawyer, a former Justice Department tax prosecutor, argued that filing a tax return filled with zero’s technically isn’t a tax return and that therefore the jury was wrong in convicting Giambalvo of filing false returns. Although a novel argument, the court refused to overturn the jury verdict or order a new trial.

In announcing the sentence, the IRS issued a statement saying, “The legality of our income tax laws has been challenged time and time again and the courts have consistently upheld these laws.”

Most felony tax cases require the government to prove willfulness. If a tax protester truly believes that there is no income tax then a jury could acquit. Such acquittals are few and far between, however. Many courts instruct juries that a defendant should not be acquitted if “willfully blind.” In simple terms, because you read a book or read something on the Internet that says there is no income tax doesn’t mean you can ignore logic and believe whatever you read.

Defendants that take early responsibility for their actions often get a lighter sentence. We will never know what would have happened had Giambalvo simply pleaded guilty. We do know, however, that there were over a dozen motions to exclude evidence, dismiss the case and obtain a new trial. Often judges conclude that such behavior is not evidence of “acceptance of responsibility.”

If you are under investigation for tax evasion, fraud or other criminal behavior or if you are under audit for returns the IRS consider being frivolous, seek legal counsel immediately. A tax protester or defier is far more likely to be referred to criminal prosecution than an ordinary audit target.

Need more information? Contact attorney Brian Mahany today at or by telephone at (414) 704-6731 (direct). All inquiries are protected by the attorney – client privilege and kept in confidence.

There is widespread disagreement when we will reach peak oil. Some very smart folks were predicting we had reached oil years … END_OF_DOCUMENT_TOKEN_TO_BE_REPLACED