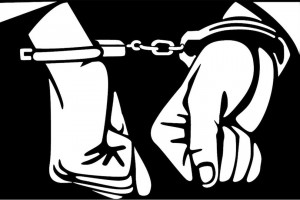 Chutzpah is an ancient Yiddish word that roughly translates to “shameless audacity or “unmitigated gall.” It is also the term used by U.S. District Court Judge Naomi Reice Buchwald in sentencing Wilbur “Anthony” Huff to 12 years in prison. Huff was accused of defrauding over 1500 people out of more than $118 million. Along the way, his crime spree caused the collapse of Park Avenue Bank in New York.

Judge Reice Buchwald, who sits in Manhattan, said to Huff at his sentencing yesterday, “Mr. Huff, you are not from New York, so you may be unfamiliar with the term ‘chutzpah’. You are certainly a living example of the term.”

Huff was accused of a wide variety of crimes and fraud. Victims have already obtained tens of millions of dollars in judgments against him in Washington and Florida where a court found he took money paid by clients of his payroll processing firm. Even though a business gives money to a payroll company doesn’t mean the business is off the hook if the IRS never gets the money. When that happens, the innocent business must pay the taxes twice.

According to media reports, Huff has not paid the civil judgments meaning his victims have not recovered their money. At least with his sentencing, they may feel some closure and satisfaction.

Much of the criminal prosecution centered on Huff’s relationship with Park Avenue Bank. Prosecutors say he helped perpetrate a massive TARP fraud that ultimately contributed to the bank’s failure.

According to the indictment, from 2007 through 2010, Huff conspired to bribe executives of Park Avenue Bank, defraud bank regulators and the board, defraud the shareholders of a publicly traded company, and fraudulently purchase an Oklahoma insurance company.

By bribing bank officers, Huff was allowed to fraudulently borrow at least $4.5 million for his companies and overdraw company accounts by $9 million.

After the economy collapsed in 2008, Huff conspired with Park Avenue Bank to cook the bank’s books to allow the bank to qualify for $11 million in TARP funds. Short for the Troubled Asset Relief Program, TARP was a program created by Congress to help banks remain solvent during the financial crisis and keep liquidity in the financial system.  TARP fraud is a felony.

As part of a plea agreement, Huff was convicted of several TARP fraud and tax related crimes.

As part of his sentence, Huff must not only serve 12 years in prison but must also pay $118 million in restitution and forfeit another $10 million in property that prosecutors say represents proceeds of his crimes.

In announcing the sentence, U.S. Attorney Preet Bharara said, “Anthony Huff and his co-conspirators stole millions of dollars from taxpayers and engaged in extensive frauds, all in the pursuit of additional property, luxury cars, and the like.  His crimes have earned him 12 years in prison.  I would like to thank our law enforcement partners for their assistance on this case.”

Will victims ever see their money? Unfortunately, the outlook isn’t great. On Wednesday, just hours before his sentencing, Huff tried to buy more time from the court. (He wasn’t successful.) In opposing the short reprieve, prosecutors told the court that “nowhere does Huff offer to pay back any of what he owes from personal assets [despite evidence that he pocketed $53 million.” Assistant United States Attorney Janice Echenberg told the court she “doubts the genuine nature” of Huff’s offer to assist a receiver recover money on behalf of victims.

It is unclear how Huff was finally caught although the collapse of Park Avenue Bank and Huff’s insurance and payroll companies were inevitable.

Bank employees and others with inside information about TARP fraud and banking misconduct may be eligible for awards from the Justice Department. The federal False Claims Act pays whistleblowers up to 30% of whatever the government collects from wrongdoers. The Financial Institutions Reform Recovery and Enforcement Act (FIRREA) also allows prosecutors to pay awards although the maximum award under FIRREA is capped at $1.6 million.

If you have information about TARP fraud or other wrongdoing by a bank, give us a call. We have helped our clients collect over $100 million in whistleblower awards. For more information, contact attorney Brian Mahany at or by telephone at (414) 704-6731 (direct). All inquiries protected by the attorney client privilege and kept strictly confidential.