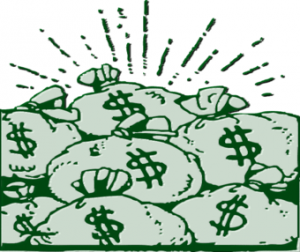 A well-known investment advisor has been ordered to pay a couple $48.5 million after making “grossly unsuitable” investment recommendations. The firm, Family Endowment Partners, is based in Boston, Massachusetts.

A single arbitrator from the American Arbitration Association ordered the company to pay approximately $13.5 million in actual damages and then tripled the award based on the company’s unfair and deceptive practices. Punitive damages are relatively rare in arbitration cases.

According to news reports, Family Endowment Partners and its founder, Lee Weiss, recommended the couple invest in a Polish startup company that sought to “revolutionize” the cigarette industry with a special filter comprised of herbs that allegedly made the tobacco smoke less toxic.

Weiss is no newcomer to the securities industry. Before heading his own firm, Weiss was head of Fidelity’s family office business.

Investment advisors owe a fiduciary duty to their clients. That includes the duty to fully understand their customer’s needs and goals. These are commonly called “know your customer” rules. Brokers must also only make investment recommendations that are suitable for their customer’s stated financial needs and risk tolerance.

In this case, the arbitrator concluded the company failed its suitability duties. The arbitrator also concluded the tobacco start up was speculative and not accompanied by offering documents or a fair disclosure of the risks inherent in the investment.

It’s unclear to us why a well-known and respected investment advisor would make such a recommendation to clients. On its face, the investment seems extremely risky.

Often we find that stockbrokers violate suitability rules because they receive much higher commissions on higher risk investments. Investment advisers, however, often charge a flat fee and have less incentive to be lured by high risk, high commission deals. A story in InvestmentNews claims that Weiss and Family Endowment Partners made over $1 million in fees from the sale suggesting that commissions may have been involved, however.

If you received unsuitable recommendations from a stockbroker or investment adviser and lost money, you are entitled to a return of your hard earned money. As this case points out, in some cases you may also be entitled to punitive or exemplary damages. Most stockbroker fraud and suitability cases can be handled on a contingent fee basis meaning no legal fees unless you recover money.

For more information, contact attorney Brian Mahany at or by telephone at (414) 704-6731 (direct). Cases taken anywhere in the U.S. Our minimum loss threshold is approximately $100,000.