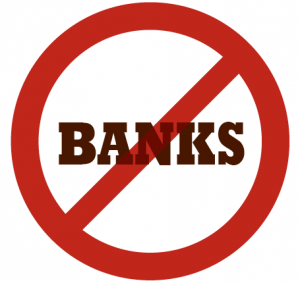 Last month the U.S. Department of Justice charged Gary Patton Hall with 6 counts of bank fraud and one count of defrauding the United States. Until its failure in late 2010, Hall was the CEO of Georgia based Tifton Banking Co. State officials shut down the bank in November of that year after it became insolvent.

According to the indictment, Gary Hall used the bank like his own personal piggy bank. Unfortunately, we have seen this behavior before with small banks.  Prosecutors say that Hall deceived both the bank’s own lending committee and the FDIC.

As part of his scheme, Hall hid past due loans and failed to disclose his personal interest in several transactions. Hall even approved a large loan so that the buyer of his condominium could close the transaction and give Hall an additional $50,000 kickback.

The charges against Hall are mere allegations at this point. All defendants are presumed innocent until proven guilty.

Although this case was brought as a criminal indictment, the same case could have been prosecuted as a whistleblower case under both the federal False Claims Act and FIRREA. Both laws allow a whistleblower to collect a substantial cash award.

The False Claims Act pays a whistleblower up to 30% of whatever the government collects from wrongdoers. Because the law has a triple damages provision, damage awards can mount quickly. The False Claims Act covers many frauds by small banks and bankers because the banks accepted TARP money or were bailed out by the FDIC.

FIRREA – short for the Financial Institutions Reform Recovery and Enforcement Act also pays a whistleblower award, up to $1.6 million. To qualify, one must show harm to a federally insured bank such as Tifton. We like the FIRREA law because it contains a 10-year statute of limitations meaning it is not too late to prosecute cases from the financial meltdown in 2008.

Interested in becoming a whistleblower? Give us a call. We have handled several, billion dollar cases against banks, mortgage companies and other financial services firms. Not every case is that large but they are all equally important.

To learn how you can help stop bank fraud and earn a reward, give us a call. For more information, contact attorney Brian Mahany at or by telephone at (414) 704-6731 (direct). All inquiries are kept in  strict confidence.