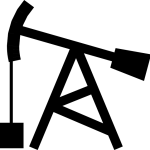 Recently we received a call from a gentleman who claims that U.S. oil companies are paying massive bribes in certain countries in the hopes of obtaining favorable treatment. We know that activity routinely occurs in certain South American countries be we haven’t heard of U.S. companies engaged in this behavior.

The Foreign Corrupt Practices Act (FCPA) forbids U.S. companies or companies who sell shares of stock here from paying bribes or other compensation to foreign officials in order to receive favorable treatment. In layman’s terms, it prohibits bribing public officials.

Some industries are known for being prone to corruption. Although we have yet to see any oil industry whistleblowers come forward, we know the reports are real. Transparency International publishes a Bribe Payers Index and the oil and gas industry ranks near the bottom. Accounting giant Ernst & Young also notes the higher risks within the industry.

Why does oil and gas have such a bad reputation? We believe because much of today’s exploration and production activity is in emerging markets; markets with a long history of corruption. While there is corruption everywhere in the world, bribes in Nigeria are far more acceptable (and common) than they are in Oklahoma.

Foreign oil companies are often state owned or quasi government corporations.  While an incentive payment to a foreign business owner may not be public corruption, if the business is state owned the bribe becomes subject to the FCPA. When a company subject to the FCPA joint ventures with a foreign company, chances are good that someone will expect a bribe or payment to move the project along. It is simply a way of doing business in some countries.

The FCPA is best known for bribes paid to foreign officials but it has another side. The law also prohibits business from cooking their books, publishing false financials or having inaccurate books and records. With many exploration and production companies operating in the red today, there is a tremendous temptation to cut corners and lie to investors and creditors.

All these factors point to plenty of fraud, bribery and corruption in the oil patch. The time has never been better for oil industry whistleblowers to help put a stop to this activity.

Presently we are looking for oil industry whistleblowers with inside knowledge about the following topics:

Fraudsters are a resourceful and creative lot. There are probably many other schemes that we have yet to discover.

If you have information about FCPA violations, the government offers awards of up to 30% of whatever the government collects. With multi-million dollar penalties common, potential whistleblower awards can also rise quickly.

Interested in becoming an oil industry whistleblower? Call us. All inquiries are protected by the attorney – client privilege and kept confidential. We can help you decide if your information qualifies and also help you assess the potential risks and benefits of coming forward.