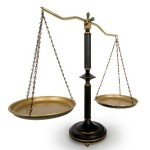 Scottrade is one of the largest, no frills brokerage firms in the United States. With over 500 offices, the company has seen steady growth since it was founded in 1996. Because the company does not typically provide investment advice, one would expect a relatively clean record with regulators. This week’s $2.6 million fine from the Financial Industry Regulatory Authority and dozens of other regulatory and investor complaints suggests otherwise.

On November 16th, the Financial Industry Regulatory Authority (FINRA) fined Scottrade $2.6 million over lapses in its record keeping systems. Brokerage firms are required to keep all incoming and outgoing correspondence. Additional requirements include storing emails in “WORM” format meaning, “write once, read many.” This type of format prevents documents from being altered.

As securities fraud lawyers, we rely on brokerage firms being able to provide accurate discovery when investors make claims against their broker. Was an order unsolicited? Did the customer tell the broker that he or she was interested in preservation of capital? Did the investor give certain instructions to the broker?

If records can be altered or destroyed, there is no confidence in the system. Because brokerage firms have a duty to store records in a secure format, Scottrade’s violation could help customers who have complaints against the company. It’s much harder for a broker to defend against securities fraud allegations if it can’t produce records.

FINRA says that the company failed to preserve more than 168 million emails and also failed to preserve emails in a format that prevents alteration. Although many of the emails were routine computer generated notifications, some were important documents.

The company settled the charges without any admission of wrongdoing. Scottrade claims they self reported the problem after an internal audit discovered the problem. Published reports, however, say the problem was worse than reported.

Five months earlier Scottrade paid a $300,000 fine to settle allegations that it failed to implement a proper supervisory system to review third party wire transfers of customer funds. Fraudsters often pose as customers and attempt to get brokers and banks to money from customer accounts.

Just a few months earlier, the company was hit with a $200,000 sanction after FINRA determined it had failed to insure the security and confidentiality of customer records.

All told, there are 20 regulatory actions or findings against the company since 2000.

Many of these breaches and regulatory findings put customers at risk. We are most concerned about the lack of supervisory controls, especially in an age of rampant identity theft. Our concerns are more than hypothetical, public records indicate that National Union Fire Insurance was forced to pay claims on behalf of a Scottrade employee who allegedly misappropriated customer funds.

Stockbrokers and the brokerage firms that employ them make mistakes. A few actors go one step beyond and commit fraud or criminal acts. Regardless of the broker’s motivation, brokerage firms are responsible for the mistakes and crimes of their employees.

If you feel that you were the victim of securities fraud, give us a call. Most cases can be handled on a contingency fee basis. Even if you used a discount broker like Scottrade, claims can still be brought if the broker failed to carry out your orders or if a third party was trading you account on a discount broker’s platform.