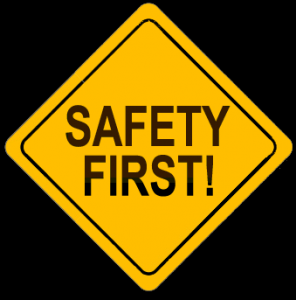 How Safe Is Your Offshore Account Data? It’s Not

Readers of this blog know that we are always following reports of data leaks and breaches, especially when they concern foreign bank accounts or tax information. Several countries openly pay bank employees to steal and disclose otherwise confidential account information. Those governments aren’t looking to hack accounts or steal; instead they want to know who has an unreported offshore account.

While the U.S. won’t pay bankers to “steal” information, they certainly are willing to accept the information from other tax agencies whose ethics are a bit more compromised. The U.S. Department of Justice and I.R.S. has also become incredibly adept at using criminal prosecutions to get foreign bankers to cooperate.

Whatever the method, the IRS usually always gets the data it seeks.

This post details a rather unusual inadvertent disclosure. According to Britain’s Daily Mail, the Isle of Man’s Income Tax Division “blundered” and released the personal details of hundreds of taxpayers. The Isle of Man, of course, is a popular tax haven favored by wealthy individuals trying to reduce their taxes.

Opening an offshore account in the Isle of Man or any other country is completely legal. U.S. taxpayers, however, are required to report their offshore accounts yearly. Reporting is done on a Report of Foreign Bank and Financial Accounts or “FBAR.” Failure to file an FBAR can be a felony if willful and also carries huge civil penalties.

The Isle of Man government profusely apologized after the data release. In an email to affected taxpayers, the agency said, “The Income Tax Division regards your information as sensitive and confidential, and apologizes unreservedly for this unacceptable lapse, which was a genuine mistake by a member of staff.” The government promised a full investigation.

The leak by Isle of Man is by no means the first. The Daily Mail reports that in 2007, CD files containing confidential financial information of 25 million U.K. taxpayers went missing after a junior staffer inexplicably sent the CDs by regular mail. The outcry was so huge that the chair of the HMRC (Her Majesty’s Revenue & Customs) resigned.

The point here is that if you are one of the millions of people who still haven’t reported your foreign accounts, time is running out. Between the new FATCA law, a very aggressive prosecution of foreign banks and bankers, and paid informants, your accounts will be discovered. The inadvertent release of information by a bumbling bureaucrat is just icing on the cake.

Several potential clients we speak to ask about just waiting things out. Unfortunately, that is a terrible strategy. The civil penalties for an unreported offshore account are up to the greater of $100,000 or 50% of the highest historic account balance. Ouch!

The IRS offers a streamlined filing program and some amnesty alternatives but those are only available if the government doesn’t find you first. If the IRS gets your name or even just issues a subpoena to your bank, all bets are off.

Interested in finding out your obligations and options? We will help you and at no fee or cost for the first consultation. For more information, contact attorney Beth Canfield at or by telephone at (414) 223-0464. We handle IRS offshore reporting and FBAR matters worldwide. All inquiries are protected by the attorney – client privilege and are always kept in confidence.