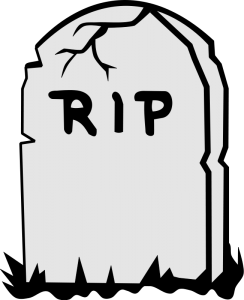 2002 marked the beginning of an era for tenant in common (TIC) scams. That year, the IRS issued a revenue rule that said TIC investments qualified for deferred taxation under Section 1031 of the tax code. It wasn’t long before Wall Street and several slick promoters jumped on the bandwagon. People and companies like Carlton Cabot, Gemini, DBSI, Provident and Tony Thompson… By 2015, the era was mostly over and most of the TIC scams have come to light, although few people have been prosecuted.

Last month the Financial industry Regulatory Authority – FINRA – issued a lifetime ban from the securities industry against Tony Thompson. Thompson’s demise wasn’t tied to TICs, although we are greatly relieved he can no longer raise money through investments or private placements.

FINRA alleged alleged in 2013 that Thompson defrauded investors in connection with a $50 million offering of “high yield” promissory notes sponsored by a brokerage firm he owned, TNP Securities. The company later went under and defaulted on the notes. FINRA claims that at the time of the offering, TNP failed to disclose that it had negative equity of $18 million.

Although Thompson has finally been booted from the industry, regulators didn’t have enough evidence to issue a restitution order against him on behalf of the defrauded investors.

Long before the TNP Securities fiasco, Thompson was a big player in the TIC world. TICs allow individual investors to pool their monies and purchase large projects such as hotels or shopping centers.

Less than a decade ago, InvestmentNews claims Thompson was the king of TIC investments. He formed Triple Net Properties and NNN Realty Advisors approximately 10 years ago. Both have a storied history. NNN was the subject of an SEC enforcement investigation.

One investor posted a comment to the InvestmentNews story and said, “Thank God for small favors. This guy was a crook since “creating the TIC”. As an investor in some of his programs I, along with numerous others, have lost millions investing with this guy…no hero in my mind or any one else’s that has had direct dealings with this fleece artist. Good riddance.”

We aren’t shedding any tears for Tony Thompson’s departure. Unfortunately, with the exception of the principals of DBSI, few TIC scams have been criminally prosecuted. We know that the feds have been nosing around Carlton Cabot but no indictments yet. Like Thompson, most actions against TIC scams wind up being regulatory and not criminal.

If you lost money in a TIC scam, nontraded REIT or other real estate investment fraud, give us a call. We have represented over 100 TIC investors. Our primary goal is to get back your hard earned money. Many cases can be handled on a contingent or “success” basis.