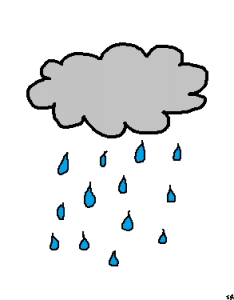 When It Rains, It Pours… HSBC Drowning in Troubles

For over a year, Bank of America seemed to make headline news every day. Unfortunately, none of those headlines were good. Now top honors goes to HSBC. This time it is Argentina claiming that the British banking giant helped clients evade taxes.

According to published reports, the Argentine tax authority, Afip, has raided HSBC. Argentinian regulators say that the bank helped up to 4040 individuals and companies hide income and accounts from the government. Hoping to seize records and bolster their investigation, Afip raided the Argentinian subsidiary of HSBC but learned that many of the records they sought were mysteriously destroyed in an arson attack last year.

When an individual owns an account, it is much easier to determine ownership. We are aware of a U.S. taxpayer living in Central America with a Swiss account titled in a Seychelles trust which shares were owned by a Hong Kong international business corporation. Unless there is a valid business reason for such exotic arrangements, the IRS considers them affirmative acts of tax evasion. While in this particular example the account was not at HSBC, these schemes all share common threads.

How did Argentina learn of the 4040 account holders? France shared information that it had received from a whistleblower. In recent years we have seen Germany, the United States and France share information with one another. Germany has even been known to purchase stolen account information.

While some folks continue decry FATCA and the need to report offshore assets, the world is moving at warp speed towards global tax transparency. What all this means is that it is getting harder to hide money from the IRS and other tax authorities. It also means one more nail in the coffin of HSBC.

In recent years we have seen the emergence of banks that are “too big to fail,” but that could soon change. While we don’t see HSBC going under as a result of these latest allegations, it is evidence that when governments work together, hiding money becomes much more difficult.

We don’t know the penalties for unreported accounts in Argentina but in the United States the willful failure to report an offshore account is a felony punishable by 5 years in prison. While relatively few people have been criminally prosecuted, many have received huge civil penalties, penalties that often equate to 50% of the highest account balance.

If you have an unreported account at HSBC, speak to a tax lawyer and come into compliance immediately. Prosecutors, tax authorities and regulators show no let up in their crusade against HSBC. And having an unreported HSBC account in nominee name may well earn you a trip to prison.

There are some amnesty programs and other options but amnesty is off the table if the government already has your name on a list from a cooperating bank, whistleblower or other tax authority. It isn’t worth the risk.

Once, the proper question was, “Will I get caught?” Now the only issues are “when” you will get caught and the consequences.

The tax lawyers at Mahany & Ertl help people all over the world with IRS offshore reporting problems including FBARs and FATCA. Need more information? Our initial consultations are without charge and all information discussed is protected by the attorney – client privilege and kept confidential.

Here is a headline that doesn’t surprise us, “Bayer said to be Reneging on Roundup Settlement Deals as Virus Closes … END_OF_DOCUMENT_TOKEN_TO_BE_REPLACED