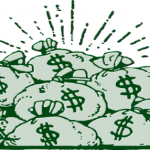 We have nothing against the government of Puerto Rico or the 3.5 million people who live there. Politicians on the island, however, have spent way too much money. Whenever a government issues bonds, it is borrowing money today that must be paid back tomorrow. The “American way” seems to be borrow, borrow, and borrow. Unfortunately for Puerto Rico, the “tomorrow” came early and the territory failed to pay back the money they borrowed from investors. For holders of Puerto Rico bonds or bond funds such as that offered by UBS, that means disaster.

Puerto Rico wants Congress to allow it to file for bankruptcy protection. As a territory, it does not have the legal right to do so under the U.S. Bankruptcy code. Some big institutional investors such as hedge funds that invested heavily in the now nearly worthless bonds are instead demanding that the government gut programs and engage in mass layoffs of teachers and public employees.

U.S. House Democrats generally support the bankruptcy idea and think that calls to simply lay off workers to balance the budget should be ignored. According to a Democrat policy paper, the investors should have known that the Puerto Rico bonds were risky.

While the policy debate is fascinating, many of the investors in these bonds are individuals and not big hedge funds, people like you and me who relied on their stockbroker for sound investment advice. A rash of recent rulings from the Financial Industry Regulatory Authority (the industry regulatory organization that oversees stockbrokers and brokerage firms) has bashed UBS for selling these risky bond offerings to their retail customers.

It’s the “little guy” that finds himself stuck in the middle.

According to Congressional researchers, Puerto Rico bonds now exceed $72 billion, most of it junk quality. That is more bonding than any other U.S. state except New York and California. If the Puerto Rican economy could sustain such a heavy debt load things might not be so dire but last month, the territory paid just $628,000 when $58 million in bond payments came due. The problem is so bad that in the words of the House report, “The amount Puerto Rico owes now exceeds the size of its entire economy.”

Many retirees depend on the income from bonds to carry them through retirement. Unfortunately, some stockbrokers were hyping these junk bonds instead of steering investors to safer alternatives.

Investors who have decided to fight back are getting good reception and winning many cases. While it appears Congress has little sympathy for big hedge funds, the Financial Industry Regulatory Authority (FINRA) has been ruling in favor of investors. (We have posted multiple stories on this site about these victories, just use the search bar and search “Puerto Rico bonds”)

If you lost money in Puerto Rico bonds, recovery probably means filing an arbitration claim with FINRA. Cases are typically decided by a panel of three members of the public. Although punitive damage awards are rare, the panels have been finding in favor of investors and against UBS, the largest retail purveyor of junk Puerto Rico bond funds.

Start to finish on an arbitration usually takes 14 months although the sheer volume of complaints with these particular funds has slowed the process in some cases.

For more information, contact attorney Brian Mahany at or by telephone at (414) 704-6731 (direct). (Our minimum loss size is generally $250,000 however with UBS Puerto Rico bond funds we often join forces with other law firms and will consider much smaller losses.)