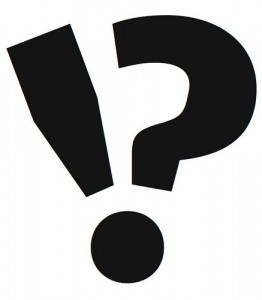 Okay, the title of this post may be a bit salacious but so is the story being reported by the Detroit News. A former Aramark food service worker has been implicated in an alleged murder for hire plot. Former employee Michael Young was charged with felony conspiracy to commit assault.

Prosecutors say that Young solicited an inmate to find another inmate to commit an assault at a different prison facility. He allegedly offered tobacco to the inmate in return for his help.

The story is much bigger than Young’s arrest however.

In 2013, The Michigan Department of Corrections elected to privatize prison food service. Aramark was awarded a statewide contract to serve meals in state prisons. The contract resulted in the layoff of 370 state workers. Union officials have been closely watching the contract ever since.

Press reports claim that Aramark has failed to fulfill its contractual duties. Claims include food shortages, serving under-cooked meat, serving food after it had been on the floor, workers having improper relationships with inmates, maggot infested food and smuggling contraband into prison facilities. The Detroit News reports that 90 Aramark workers have been dismissed from the company for “various problems.” (The company employs 400 on the prison contract.)

When a company fails to fulfill a contract with the state, state officials can bring a breach of contract lawsuit and sue for damages. If fraud is taking place, however, either the state or a private person (whistleblower) can file a lawsuit under many states’ false claims acts. Those laws usually provide for triple damages.

Suing Aramark could be a problem in Michigan, however, as Michigan’s law is limited to Medicaid fraud.

Many states have adopted broad whistleblower laws that provide awards for information about government fraud. If Aramark is receiving federal funds there could be a case under the federal whistleblower law, however.

Typical prison privatization fraud cases involves billing for services not provided and falsely claiming the use of more qualified staff. We are aware of one prison healthcare case where the vendor billed for Registered Nurses yet many of the people supplied were less qualified.

Privatization of prisons, prison foodservice and healthcare is certainly a political hot button. State legislators and correctional facilities must address those issues. False billing or fraud, however, affects all taxpayers and can be stopped by whistleblowers.

The federal and most state whistleblower laws pay whistleblowers a percentage of any monies recovered by the government. If you have information about fraud, speak with an experienced whistleblower lawyer today. Learn your rights and the risks associated with becoming a whistleblower. (A recent survey says 19% of people who file whistleblower claims suffer retaliation. Depending on the industry, we think that number is unfortunately higher.)

Need more information or want to become a whistleblower? Visit our food service whistleblower page. Ready to see if you have a case? Give us a call. For more information contact attorney Brian Mahany at or by telephone at (414) 704-6731 (direct). All inquiries protected by the attorney – client privilege and kept strictly confidential.

We also have the newest info on Aramark here.