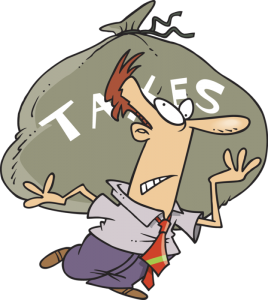 Tennessee State Representative Joe Armstrong (D. Knoxville) travelled the state in 2007 advocating for an increase in the state’s cigarette tax. Armstrong said the increased tax revenues would be used to benefit education. According to a federal Grand Jury, Armstrong was the one who benefitted. Prosecutors say he purchased thousands of tax stamps at the old 20¢ rate and resold them to tobacco wholesalers when the tax was increased to 60¢ per pack.

The Justice Department says that his profits from the scheme were over $318,000. It is questionable whether the scheme was legal (it certainly isn’t ethical) but Armstrong apparently took an already bad situation one step further. He didn’t report his profits on his federal income tax return. Armstrong isn’t charged with defrauding voters, he is charged with tax evasion for cheating the IRS.

Armstrong has been charged with three felonies – conspiracy to defraud the United States, tax evasion and filing a false tax return. If convicted he could spend 10 or more years in prison.

Armstrong says he is not guilty and vows to fight the charges. The Chattanooga Times Free Press says Armstrong plans on somehow blaming his accountant. The indictment suggests, however, that his accountant was up to his eyeballs in the scam as well. If true, that defense won’t go far.

According to the indictment, Armstrong began borrowing money and buying as many 20¢ tax stamps as he could beginning in 2006. To conceal his crime, he had another person actually buy the stamps. He then voted as a legislator to raise the tax rate to 60 cents.

After the tax increased, the stamps were sold to wholesalers and the profits was funneled through a phony shell corporation. The scheme apparently worked and Armstrong made hundreds of thousands of dollars. Ultimately he was caught when he failed to pay taxes on his ill-gotten gains.

Reaction to last week’s indictment has been mixed. Armstrong is one of the longest serving members in the Tennessee House. He served 14 terms.

What disturbs us is that Armstrong was seeking to have the tax rate even higher. The higher the tax, the higher his profits! Had it been raised to a dollar per pack his profit would have been $636,000.

Buying tax stamps in anticipation of a tax increase was apparently not illegal. Using his elected position for personal gain and concealing the scam is what will probably ultimately bring Armstrong down, however.

We are not quite certain how Representative Armstrong was caught. Most cigarette and tobacco schemes come to light, however, because of whistleblowers. Under the IRS Whistleblower Program, anyone with inside information about tobacco tax excise tax evasion may be eligible for a large cash awards.

To see if you qualify, visit our cornerstone content on tobacco tax evasion or contact us directly. The author of this post, attorney Brian Mahany can be reached at or by phone at (414) 704-6731 (direct)