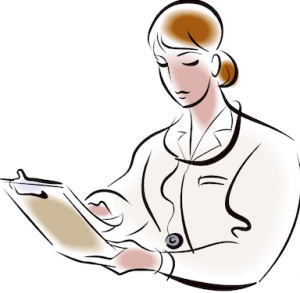 The Office of the Inspector General for the Department of Health and Human Services (OIG) has issued a warning** to physicians about certain compensation schemes. The government believes that some compensation plans with hospitals involving payments for office staff or medical directorships may violate the federal Anti-Kickback Statute. These arrangements could also violate the Stark law.

Federal law prohibits the exchange (or offer to exchange) of anything of value, in an effort to induce (or reward) the referral of federal health care program business. Although there are clear differences between the Stark law and the anti-kickback statute, both laws are broadly interpreted.

Compensation arrangements between hospitals and physicians are often subjected to heightened scrutiny. Any compensation received by the physician must be fair and reflect services actually performed.

Most kick back prosecutions involve hospitals but lately the feds have also targeted the physicians themselves.

In an effort to fill more beds, some hospitals offer doctors a training, teaching or directorship “stipend”. If the services are actually performed, the arrangement is likely to be legal (as long as the pay is appropriate.) Paying a doctor tens of thousands of dollars per month for a no show teaching gig won’t fly, however.

Another scheme disfavored by the OIG is an arrangement where a hospital agrees to pay for a physician’s staff costs. Because those payments reduce what the doctor must otherwise pay, they can be considered a kickback or illegal payment if the physician is expected to refer patients to that hospital.

The purpose of anti-kickback laws is quite straightforward. Congress wants to protect patients and the federal health care programs from fraud and abuse by curtailing the corrupting influence of money on health care decisions. Gone are the days of blantant kickbacks, however. Those cases are rare. Now more sophisticated schemes have surfaced.

This makes Catching an illegal kickback scheme difficult. Medicare auditors can barely scratch the surface. The False Claims Act, however, has proven to be a boon for the government’s anti-fraud efforts.

Under the Act, a whistleblower that reports an illegal kickback arrangement can receive up to 30% of whatever the government collects from a wrongdoer. With triple damages, the awards can quickly mount. To qualify for an award, a whistleblower must have original source knowledge of the scheme.

Think you have inside information about Medicare fraud or an illegal kickback scheme? Give us a call. All inquiries are kept strictly confidential. Over the last 12 months we have helped our clients collect over $100 million in award monies.

**Note! The warning from Health and Human Services comes with an invitation to report illegal compensation arrangements to the OIG fraud hotline, 1-800 HHS-TIPS. Like the Medicare fraud hotline, calls to those numbers do not qualify you for a whistleblower award. The only way to qualify for an award is by filing a sealed lawsuit under the federal False Claims Act. Last year over 700 people did so and the federal government paid over $635 million in awards.