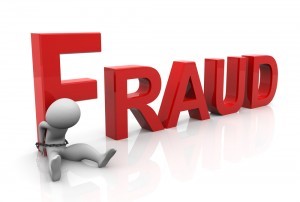 A report this week from the Treasury Inspector General for Tax Administration (TIGTA) carries an important reminder that government agencies must always be vigilant about procurement fraud. TIGTA claims the IRS failed to properly review invoices before paying private contractors working on its eFiling portal. Claims include some individuals allegedly working 240 hours in a single billing period. The IRS has vigorously denied the claims and said no contractor was overpaid.

According to the Justice Department, Lockheed Martin had won two contracts with the Army, a Rapid Response contract and a Strategic Services Sourcing contract.  The purpose of the contracts was to provide rapid access to products and services to be provided to the Army in Iraq and Afghanistan. Individual task orders were to be separately negotiated, based on these contracts, to quickly meet the needs of the Army.

Like many other contractors before, Lockheed Martin decided to put profits over the greater good of society and the needs of the Army. It also violated the law.

“U.S. forces rely on the goods and services provided by defense contractors, so it is imperative the government be able to rely on those contractors to adhere to the rules. This settlement should remind all who do business with the government that there is a price to pay for fudging the math.”

The company did not admit any wrongdoing.

Overcharging and utilization of under qualified workers is a common problem with government contracts. Although sometimes agency audits catch the problem, most cases come to light because a whistleblower was brave enough to step forward.

Thankfully, the U.S. government and most states have powerful whistleblower anti-retaliation statutes that punish employers who seek to retaliate workers who speak out against fraud. The Justice Department and courts also have the power to make large cash awards for those who come forward and report fraud. The typical award for a whistleblower is 16% of whatever the government collects from wrongdoers but awards of up to 30% are possible.

Need more information? Contact attorney Brian Mahany at or by telephone at (414) 704-6731 (direct). All inquiries kept strictly confidential. We work hard to protect our whistleblower clients and to help insure they collect the maximum possible awards.