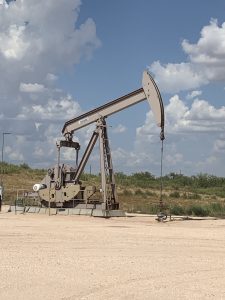 Are You Not Getting Paid Properly for Working on a Drilling Rig or Other Energy Industry Position? You Aren’t Alone and Low Oil Prices Are Making It Worse! – Oil and Gas Overtime Lawyers Post

[Updated through 2020] Wage theft is a huge problem nationwide. And with crude oil prices so low, many exploration and production workers are really feeling the pinch. Federal law requires most workers get paid time and a half for all hours worked over 40 and also requires workers to be paid for all time worked, whether or not on the clock.

Year after year we watch energy companies pay out millions to workers yet the industry never seems to learn. When times are tough some companies take it out on workers. It’s one thing to defer pay increases or bonuses. But misclassifying workers as “independent contractors” or falsely claiming workers are exempt is illegal.

In 2015 when this post was first written, 241 workers from Nova Mud, Nova Hardbanding and Nova Sand won wage theft claims against their employer. The Nova companies are all engaged in oil well servicing.

The Department of Labor found that the companies failed to keep accurate time records and failed to pay workers overtime. The 241 were collectively awarded $751,000. Under the Fair Labor Standards Act (FLSA), awards are doubled. That meant Nova was ordered to pay workers $1.5 million legal fees.

An investigation by the government found that workers were paid salary regardless of the number of hours worked. Overtime can be denied for certain employees including managers, firefighters and a handful of others. For most folks in the oil and gas industry, however, the FLSA requires overtime for time worked in excess of 40 hours per week. (Some states such as California require OT pay after 8 hours work in a single day.)

In announcing the award, a Department of Labor spokesperson said, “Companies need to understand that failing to pay workers the wages they have rightfully earned will come at high cost to the employer. When employers fail to pay workers legally, it harms workers and their families and puts law-abiding employers at a competitive disadvantage.”

The resolution of the Department of Labor investigation does not fully resolve a collective action filed by Tomas Jimenez, an inspector / helper working for Nova. As part of his job, he inspected and handbanded well piping. Jimenez claimed that workers often worked 12 hour days, 7 days in a row and were never paid overtime.

That same year the Department of Labor indicated that oil and gas workers everywhere were not being paid properly. “We continue to find unacceptably high numbers of violations in the oil and gas industry.”

Nova is obviously not alone in facing wage theft charges. Fast forward to 2020 and the latest wage theft prosecution involves KRH. That case involves a suit by a flowback operator who claims he was required to work 7 consecutive 12 hours shifts (84 hours) but didn’t receive overtime pay because the company told him he was an independent contractor. (Just because the employer says you are exempt doesn’t mean its true.)

Oil prices are cyclical. While oil companies are often financially squeezed, that doesn’t give them the right to not pay workers however.

Many oil and gas workers receive  “day rate” pay without overtime. A “day rate” is a typically a flat sum for a day’s work regardless of the number of hours that day. Simply paying employees by the day doesn’t eliminate the need to pay premium pay (time and a half) for all hours over 40 worked during a 7 day period.

If you are being paid day rate and don’t receive overtime for hours worked in excess of 40, contact us. Our team and network of oil and gas overtime lawyers can help and there is never a fee unless we win and collect money on your behalf. (See our contact information below.)

While legitimate independent contractor relations within the oil and gas industry are plentiful, simply because the company calls you a contractor doesn’t mean its true. Labels don’t matter. Courts look to how much control the company has over your work and hours.

There is a lot of case law about whether offshore oil and gas workers are entitled to overtime and whether state law or federal law applies. Obviously, if you are on a platform, you can’t easily go home after your shift. You are there until the end of your tour. If you believe you are improperly being denied overtime, contact us.

Wage Theft, Overtime and the FLSA

Whether of not you work in the energy industry, in an office or in a restaurant, employers must pay you for all hours worked and pay overtime for time in excess of 40 hours per week. There are exceptions for managers (true managers, not just in title only), administrative staff, professionals and for workers in selected occupations.

Wage theft is punishable by an award of double lost wages plus an award for legal fees and costs.

During the Great Depression in the 1930’s Congress recognized that workers were being exploited. In 1938, the Fair Labor Standards Act (FLSA) was enacted to protect workers. Over 80 years later the law is still in place. The Act protects energy industry workers from:

Oil and Gas workers typically covered by the law include:

There are many overtime lawyers, some may even claim to specialize in oil and gas overtime cases. But how many lawyers worked in the industry. Really worked and got his or her hands dirty? Attorney Brian spent several years working for Amerada Hess in terminal operations and transportation. It’s hard, dirty work and we understand it. Workers in the oil patch or oil servicing deserve to be paid properly for their hard work.

For more information, contact attorney Brian Mahany at online, or at 202.800.9791. You can also visit our Fair Labor Standards Act  wage theft information page. All inquiries kept strictly confidential. There is never a fee unless we win. (Brian is based in Texas. We have lawyers or work with lawyers all over the United States including North Dakota, Pennsylvania, California, Colorado and Louisiana.)